The 2016 International CES -- the world’s largest and most important consumer electronics show -- kicked off on Monday, January 4, in Las Vegas with CES Unveiled, a preview event for press only. Unveiled packed more than 150 exhibitors and roughly 1,200 press into a single ballroom at the Mandalay Bay Convention Center. The booths were small, typically just 10' by 10', so Unveiled was mainly a chance for some of the smallest, newest, and most innovative companies to show their stuff. Because most of the press attending Unveiled were from general-interest publications and broadcasters, most of the audio products shown were in mainstream categories such as headphones and wireless speakers. 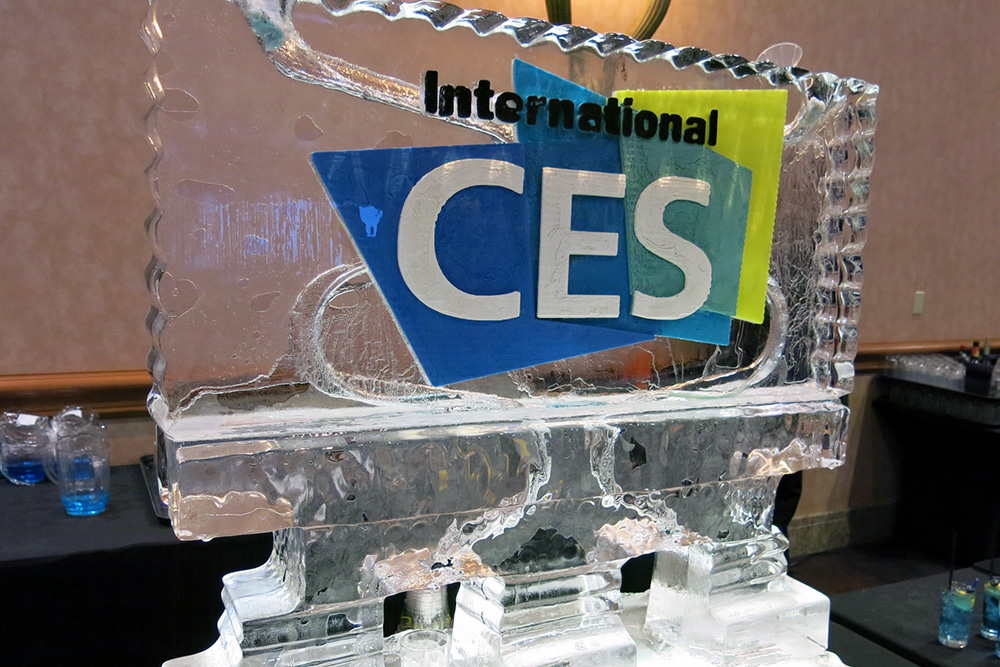 I walked every aisle of Unveiled in search of interesting new audio products. And I found plenty. Check ’em out. All prices in USD. 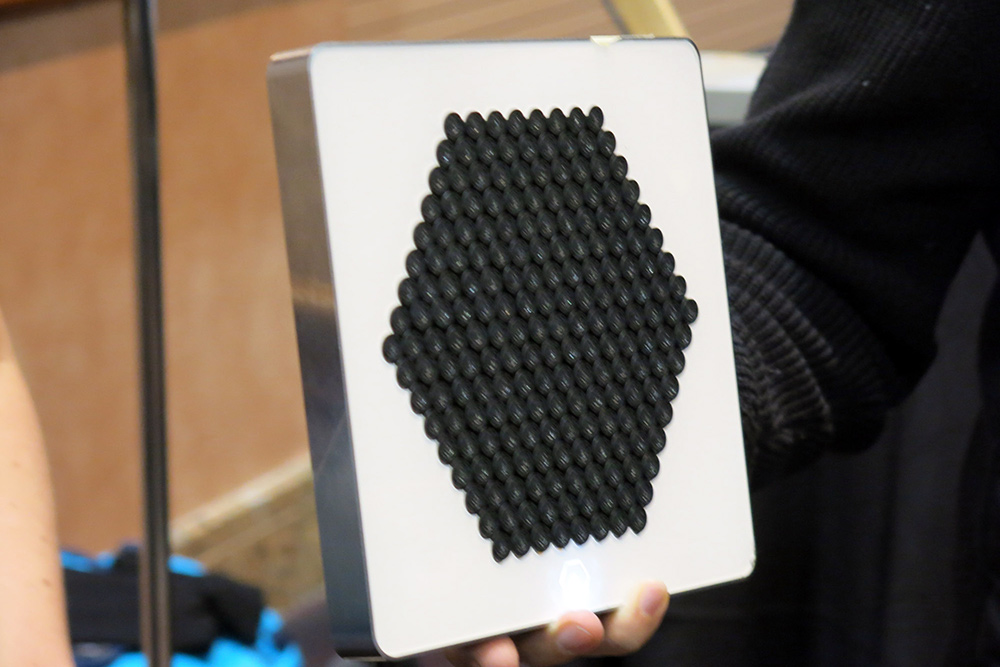 The Akoustic Arts "A" directional speaker uses multiple ultrasonic drivers to produce focused beams of sound, so you can enjoy your music without bothering others. According to the company, dispersion is plus/minus 20 to 25 degrees from 1 to 3kHz, and plus/minus 20 degrees above 4kHz. Bass frequencies are even tighter: plus/minus 3 degrees below 500Hz. The larger model shown here is projected to sell for $1000, a smaller model for $500. 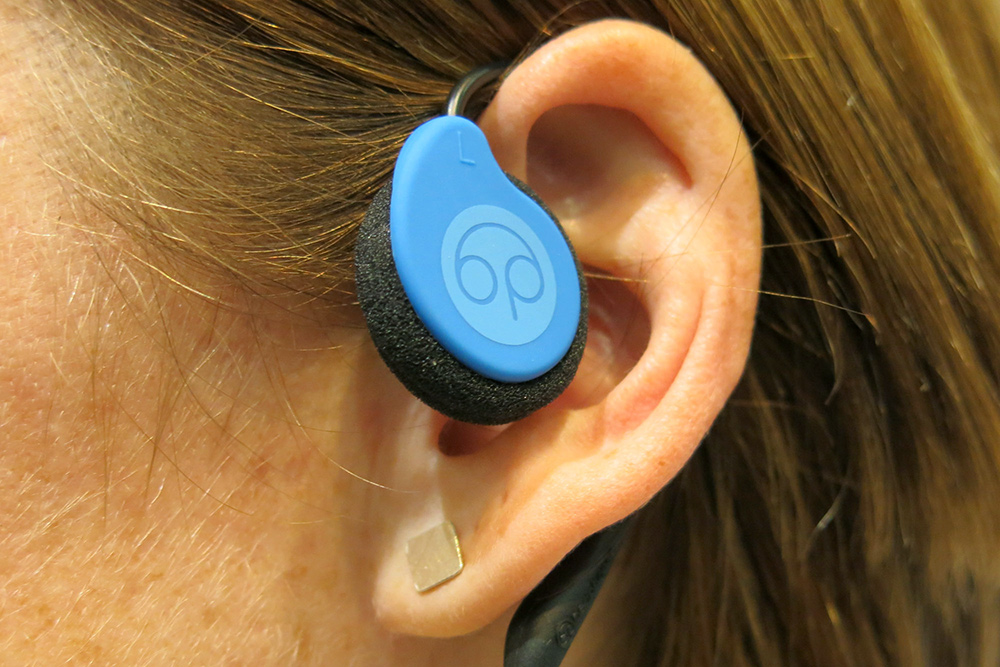 The $59.95 Bedphones are flat earbuds attached to ear hooks that secure them so they won’t fall out when you sleep, and so you can even sleep comfortably with your head turned. (So the company said; I didn’t get a chance to try them.) An inline remote/microphone is included so you can get nice and cozy for those long, drawn-out conference calls. 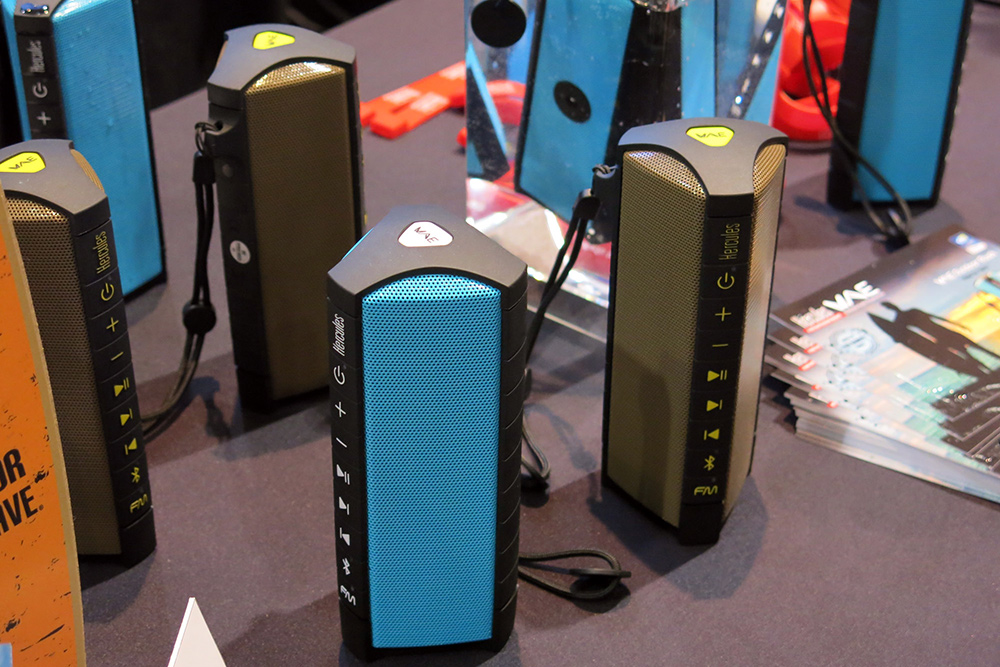 Intended for action sports such as surfing and BMX, the $129 Hercules WAE wireless speaker has nickel-plated metal grilles and an IP67 waterproof/dustproof rating, and is touted as “super shock-resistant.” In addition to Bluetooth, the speaker incorporates a built-in FM tuner. A standard 1/4-20 threaded mount allows the Hercules WAE to attach directly to various mounts. A company rep told me that surfers are beta-testing this speaker by attaching it to their boards. Why? “When you’re surfing, you’re spending most of your time waiting for waves,” he replied. Makes sense to me, anyway. It’s slated to ship in March. 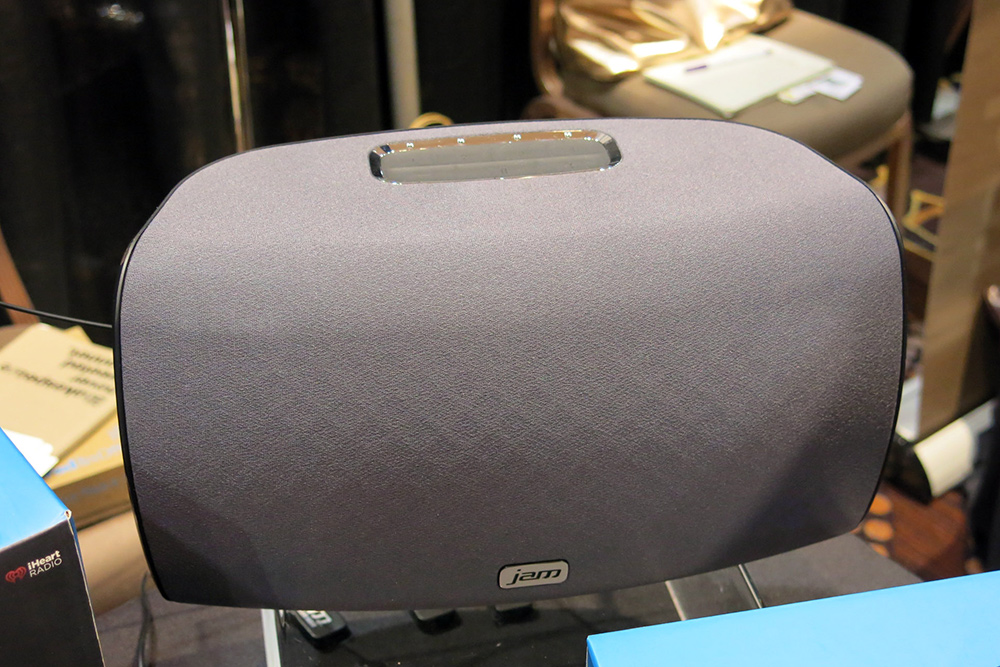 Jam, a company best known for under-$50 Bluetooth speakers, used Unveiled to launch its first Wi-Fi-based wireless speaker. Why buy these instead of a brand better known for Wi-Fi speakers, such as Sonos? First, these are less expensive: the larger Symphony model shown here will sell for $149.99, while the smaller Rhythm costs $99.99 -- which is about half the price of similar Sonos models. Also, the Jam Wi-Fi speakers include an intercom function that lets you use the microphone in your smartphone to address any or all rooms equipped with Jam Wi-Fi speakers. 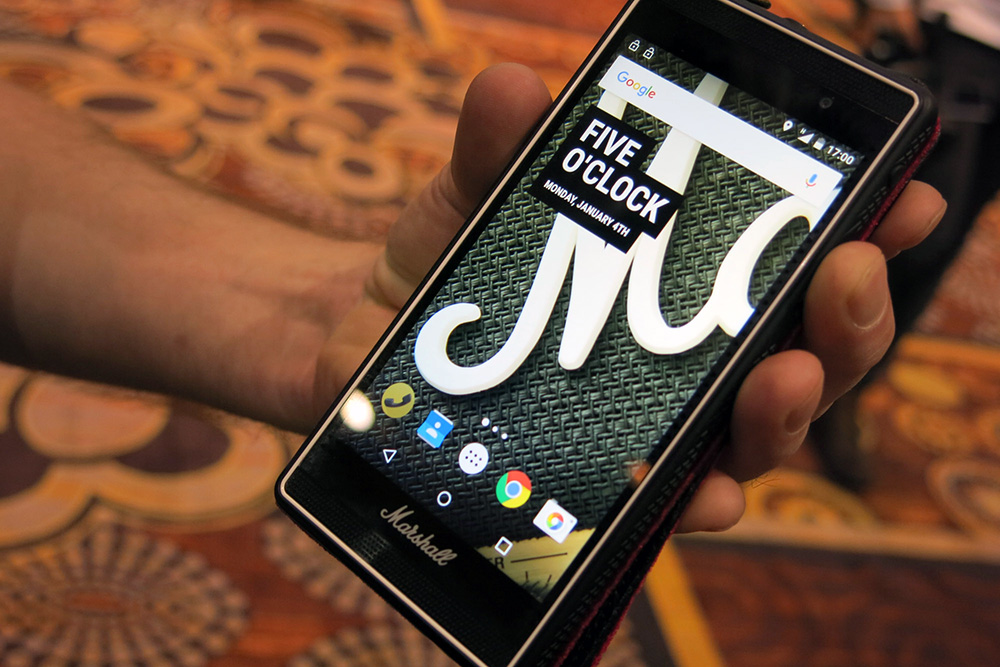 My favorite new audio product shown at Unveiled was the Marshall London, an Android-based smartphone wearing the logo best known for gracing the amps of Jimi Hendrix and Jimmy Page. The $500 phone has a dedicated soundcard that not only plays FLAC lossless audio and other file types, but can also record directly in FLAC. Microphones on each end allow the London to record in true stereo. The top edge hosts a dedicated button for accessing your music player, and two headphone outputs, each with independently adjustable volume. It also has an onscreen EQ that works for all apps, not just certain ones. Sadly, while the phone is already available in Europe, plans for a North American launch are sketchy because the design is currently incompatible with the 4G LTE standard used in the US. A rep said the company is hoping for a 2016 launch. 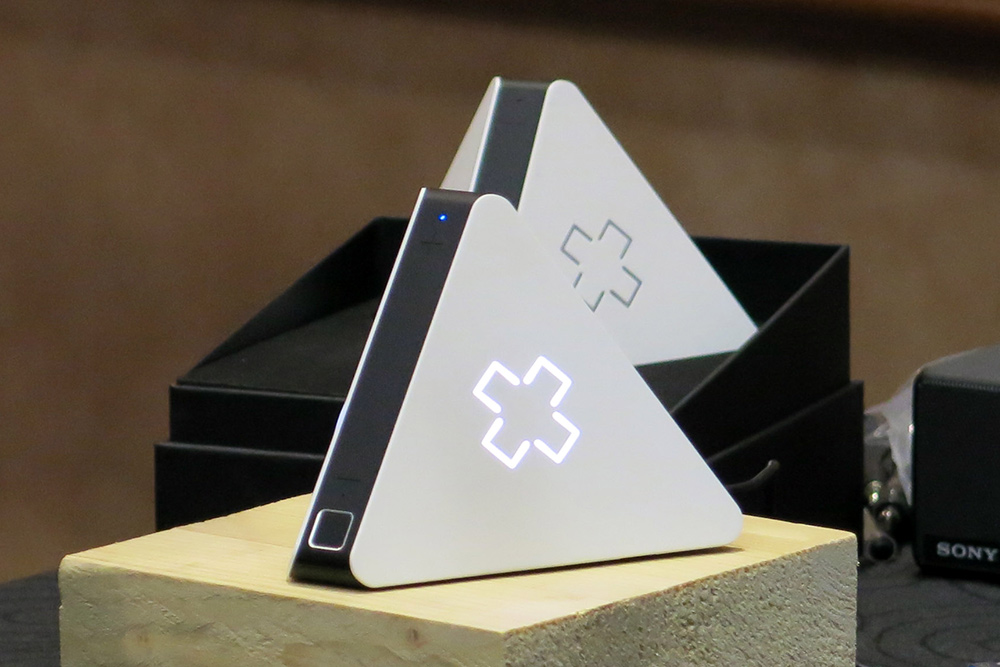 The $149 Prizm looks like an artifact from the original Star Trek TV show, and it might have impressed even Kirk and Spock. The little device is a Wi-Fi streamer that tracks who’s in a room and tailors Spotify or Deezer playback to their taste. For example, if you like Nirvana but your spouse doesn’t, the Prizm will know when your spouse enters the room by detecting the Bluetooth signal from his or her phone, and will switch to something he or she likes better. There are just two buttons: one to skip to something else, and one that tells the Prizm that everyone in the room digs whatever it’s playing. TosLink optical digital and 3.5mm analog outputs are provided. 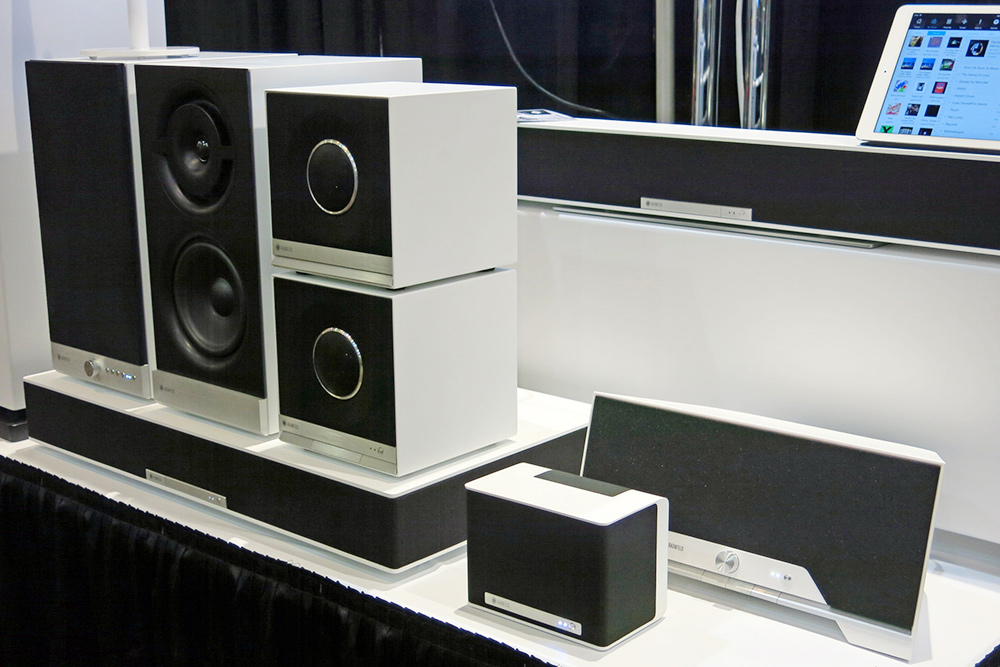 German company Raumfeld, a sister company of speaker maker Teufel Audio, showed what I think is the first Wi-Fi audio system that includes everything from tiny one-box speakers to audiophile-grade bookshelf and tower speakers. The units use Google Cast for their Wi-Fi streaming, and they also include extra inputs for direct connections -- for example, the soundbar and soundbase models have HDMI inputs for use with TVs and cable boxes. Through Wi-Fi, they can directly stream Last.fm, SoundCloud, Spotify, Tidal, and TuneIn Radio, and you control the streaming through your smartphone or tablet. The seven models range in price from $249.99 for a small wireless speaker to $2399.99 for a pair of tower speakers. The line is expected to be available in Q2 of this year. 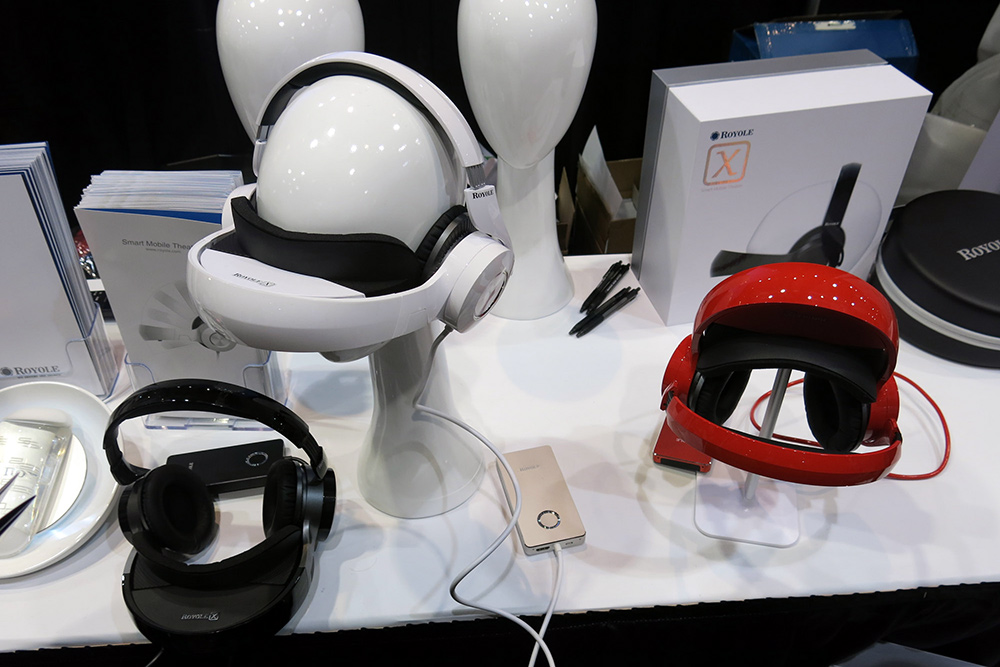 The $699.95 Royole is billed as the “first foldable smart mobile theater.” It’s basically a video display grafted to a set of noise-cancelling headphones. An electronics box accepts an HDMI or USB connection and can also stream audio/video content through Wi-Fi. Claimed resolution of the AMOLED display is an exceptionally high 3,300 pixels per inch. It’s intended for movie/TV watching and for video gaming. 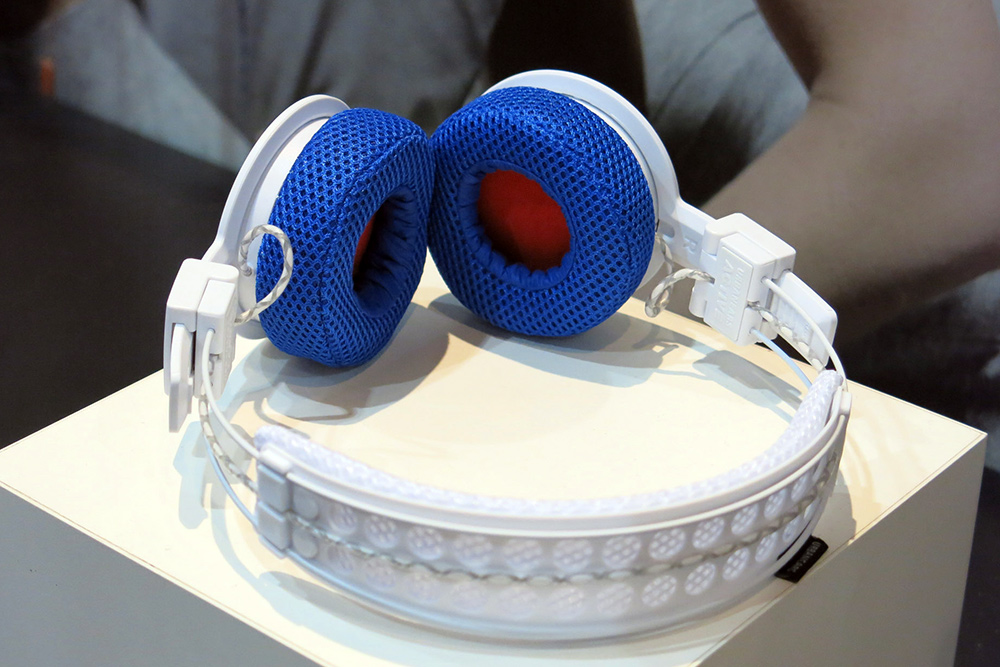 The most significant new headphones I saw at Unveiled were the Urbanears Hellas, a Bluetooth wireless model that’s part of the company’s new Active line. Sweat all you like in these, because the headband and earpads of the $100 Hellas are removable and can be cleaned in a standard washing machine. The cable along the top is reflective to help make nighttime joggers more visible. Swipe-actuated controls on one earpiece let you adjust volume, skip tracks, and answer phone calls. The Hellas are shipping now and are available in four color schemes.