Computer Audio: Let's Get It Together

The state of the union in computer audio is a complete farce. As it stands right now, you've got the choice of using a computer with a digital output to stream music to a DAC, some sort of DLNA server shooting bits out to a UPnP client, or some variant of the two. With the exception of Sonos, which is elegant but quaint and antiquated, that's about it.

I showed up on Thursday at the Festival a little too early -- the show opened at 11 a.m., but I sashayed in at 10 a.m. with some time to kill. Last year a company was selling its pod-based espresso machines in the lower level, and giving out samples to boot, so that's where I headed.

As I rounded the corner I noted with disappointment that the espresso company was absent, replaced by a company displaying a lifestyle speaker system. Putting on my bright shining-morning face, I stopped for a look, but my attention was immediately diverted to what I recognized as some sort of Marvell-powered Plug computer device. For the vast majority of people, who have no idea what that is, a Plug computer looks like a large wall-wart power supply, but contained within its plastic housing is a 1.2GHz ARM processor with 512MB of RAM. This little unit has an Ethernet port and two USB ports on the bottom, and it connects to the outside world via Bluetooth and Wi-Fi.

Seeing this thing, which they market as the Sum'd, sitting there got me into a tizzy, as I knew the potential coiled up inside of it. 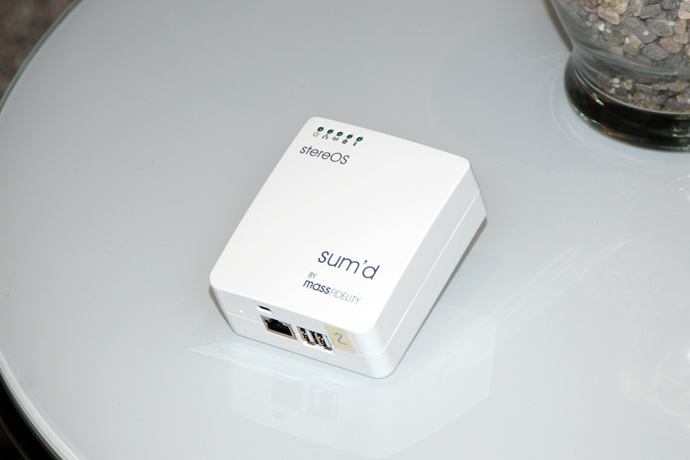 Mass Fidelity, the company that had this innocent little Plug sitting on their table, is using it as a platform on which to prototype their new whole-house audio-centric operating system. StereOS is an open source (very important, this) Linux-based system that the company claims is purpose-built for the next generation of music systems. That StereOS is open source means any company can incorporate it into their products, and by doing so encourage its growth and development.

StereOS can search out and catalog your entire music collection, no matter where it resides, be it on Network Attached Storage, in iTunes, in the cloud, or on your phone. If you ask it to play a song you don't have, it'll search it out from YouTube or Grooveshark, and you can use StereOS to run with your home automation systems via Z-Wave. 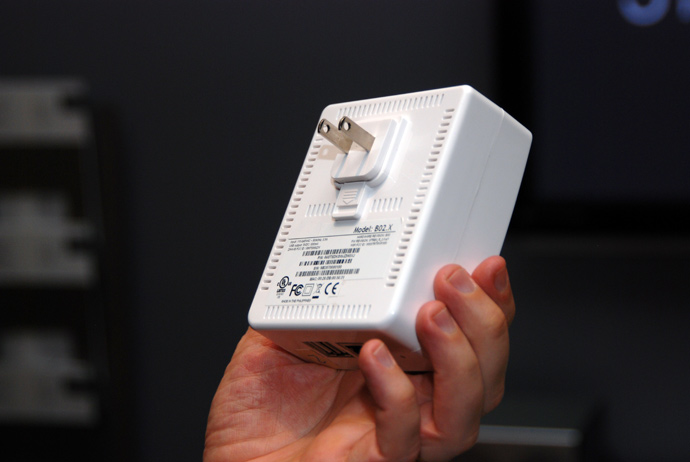 I asked the company's programmer if it could run Squeeze Server, and he didn't see why not, which is the levelheaded, optimistic kind of answer a bithead would give.

Right now Mass Fidelity has StereOS running on the Sum'd, but they're selling it as a developer package, which means that you should have a working knowledge of Linux before you decide to pull the trigger and fork over the very reasonable $300 CAD to get in the door.

But these things take on a life of their own, and given the potential of StereOS -- it being the only complete solution to home audio that I know of -- I would be surprised if we don't hear much, much more about it in the months to come.