Gorgeous Hardware Costing Almost $100,000, but What the Hell Is Inside?

I meandered into room 30-225 here at the Venetian, and with two names that I was unfamiliar with hanging over the door, I hardly expected to see something that would occupy me for the next 15 minutes -- an eternity here at CES.

Playing in the room was my favorite soundtrack, Hans Zimmer's The Thin Red Line. Performing the album was a collection of terrific-looking equipment. The speakers grabbed my attention first. Made in England by MAD, an acronym standing for My Audio Design, the diminutive Duke Royal Limited Edition loudspeakers looked pretty stunning. With a super-glossy real-wood veneer, and a Union Jack covering each side of the cabinet, the Royal Duke certainly looked the part. And it even felt the part after I gave the obligatory knuckle rap to the side of the imported speakers and didn't feel much vibration at all. 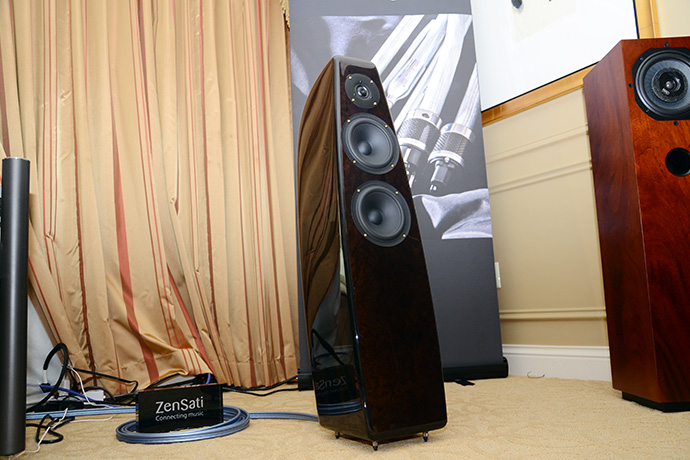 And then came the sales pitch. The Royal Dukes cost "48." At a place like CES, it's safe to assume that "48" means thousand rather than hundred, and the philosophy underlying the speaker is as jaw-dropping as the price. The "easy part" in designing the speaker, according to the MAD representative, was getting the measurements right, as I was told the company designs its own drivers. Looked like the ring-radiator tweeter from SB Acoustics, I thought. I then learned that after the engineers had their way with the design of the Royal Duke, classically trained musicians and psychologists teamed up with a "conductor" -- an expert in group analytics -- to complete the final product that lay before me. According to MAD's website, this results in a speaker that satisfies "both your head and your heart." I can't make this stuff up. 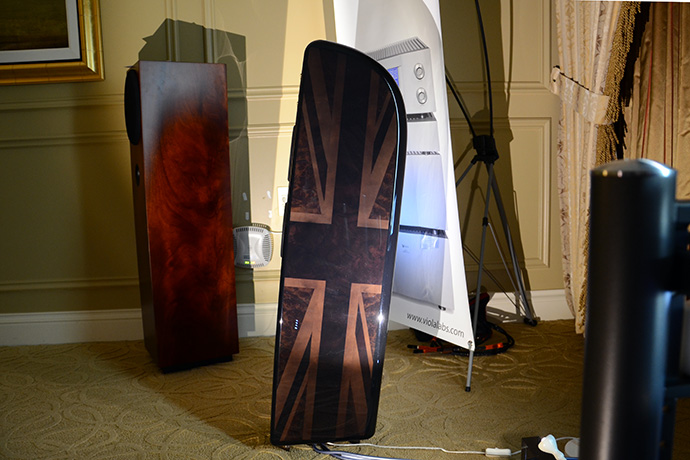 Excitement had transitioned to disenchantment, and my now sour mood turned quickly to the electronics in the room, the Concerto amplifier and Crescendo preamplifier/DAC designed by Viola Labs. Because of their striking aluminum looks and substantial feel, I held high hopes before seeing the price: $22,500. Each. Ay dios mio. 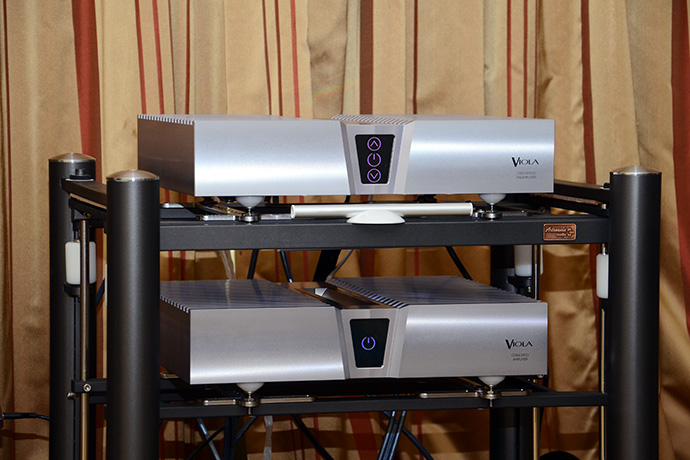 Both are crafted from single pieces of billet aluminum, and look as finely manufactured as Apple's various iDevices and computers. They come with an app for smartphones and tablets that allows users to alter the color of the units' lights, keep tabs on their internal temperatures, and control the hardware. The Concerto produces 125Wpc of class-AB power, has three pairs of balanced and three pairs of unbalanced analog inputs, and has a built-in DAC featuring USB and coaxial inputs. 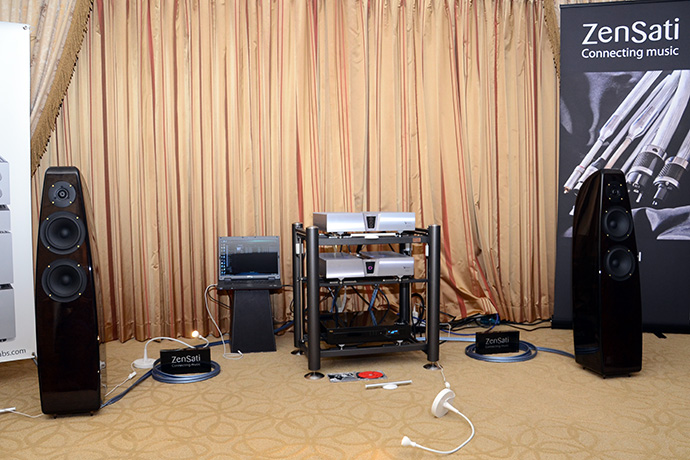 The most important question is, how did the system sound? I am fortunate enough to have $10,500 worth of a Hegel H300 integrated amplifier/DAC and KEF R900 loudspeakers in my listening room at home, and I've listened to the entirety of The Thin Red Line through the system. And it sounded much, much better than the almost $100,000 worth of MAD/Viola equipment on offer in this particular room at the Venetian. There are occasions when beauty is only skin deep, and this was emphatically one of them. Epic fail.