CanJam is a series of headphone-focused shows that take place several times a year, in locales as diverse as London, Shanghai, New York City, and Irvine, California -- essentially a vast business park that sits anywhere from 45 minutes to two hours south of Los Angeles, depending on traffic. This year’s CanJam SoCal took place at the Irvine Marriott, just south of John Wayne Airport. Like every CanJam SoCal of the past few years, it was packed with headphone enthusiasts hoping to get a listen to the latest and greatest cans.

Much of CanJam SoCal centered on earphones, so I’ll start my coverage with some of the coolest new earphones I saw and heard, presented in alphabetical order. All prices in USD. 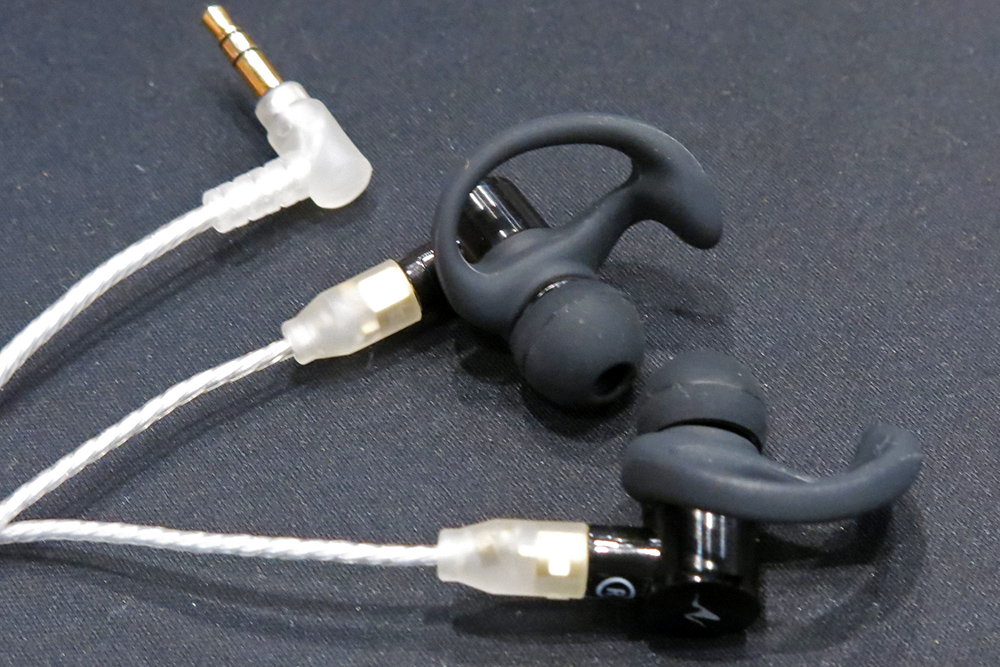 I loved the design and fit of the Akoustyx R-220 earphones, even if the sound was a little too bright for my taste. I’m guessing the new MS4.8 earphones will be more to my liking. Both earphones have an 8mm planar-magnetic driver for the highs and mids, placed in front of an 8mm dynamic driver that handles the bass. The sample earphones at CanJam SoCal were in an early state of tune, but they already showed clearly superior bass and fuller sound than their predecessor. Price hasn’t been set yet, but expect something under $300. 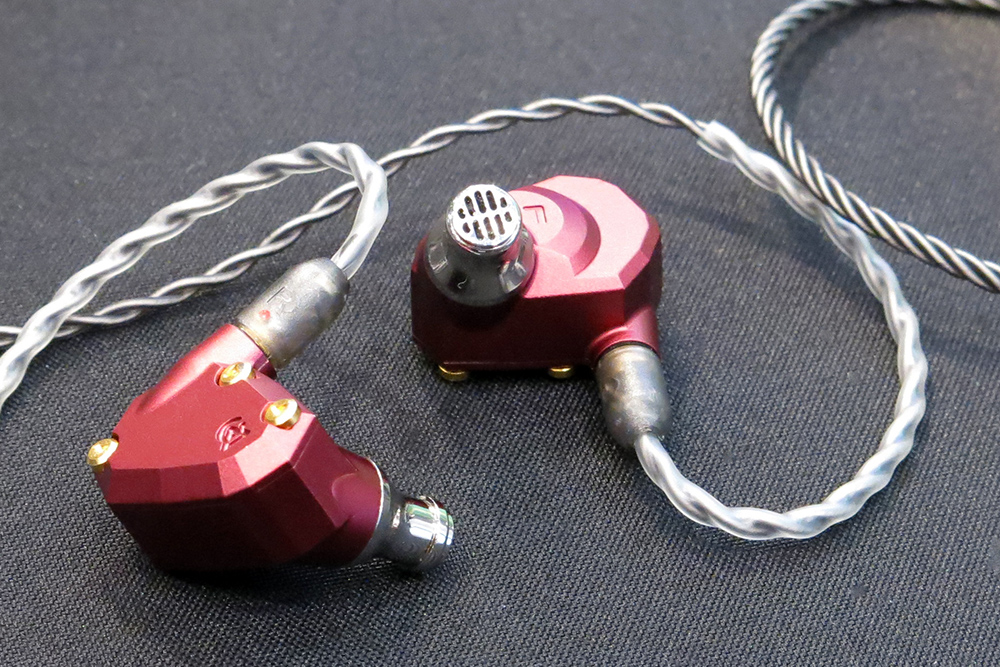 Portland, Oregon, is revered for craft beers, extravagant beards, artisanal coffee, and, now, thanks to Campfire Audio, earphones. The company’s latest are the IO earphones ($299), which company founder Ken Ball described as “our attempt to give something back to the industry. It’s a very good, very affordable multidriver earphone.” Inside each IO earpiece is an oversized balanced armature handling the bass, with a smaller balanced armature handling the treble. The enclosure is machined from a solid billet of aluminum, with a stainless steel soundtube. Each one is made by Campfire in Portland. 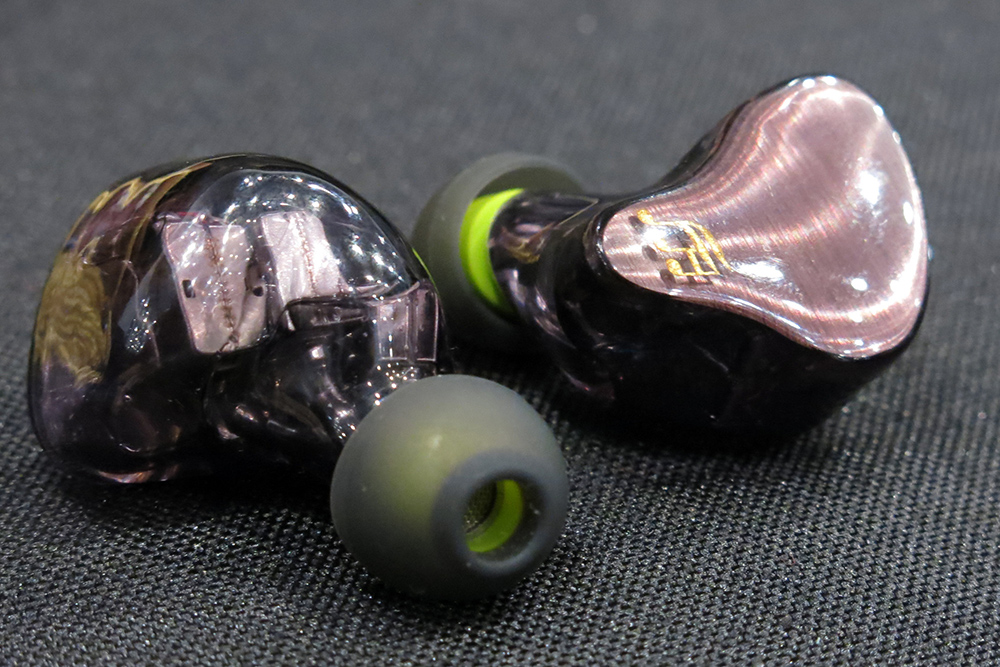 Fan Acoustics was one of several Shenzhen, China-based companies at CanJam SoCal that are just starting to break into the North American market. The WK28 earphones ($1500) seen here pack 14 balanced-armature drivers into a single earpiece. More interesting were the FJ5s ($1300), earphones incorporating one dynamic driver, two balanced armatures, and one electrostatic driver into each enclosure. Because the electrostatic drivers require a bias voltage, the FJ5s come with a portable amplifier. Why no photo of the FJ5s? ’Cause they had only one sample, and some dude just refused to stop listening to them. 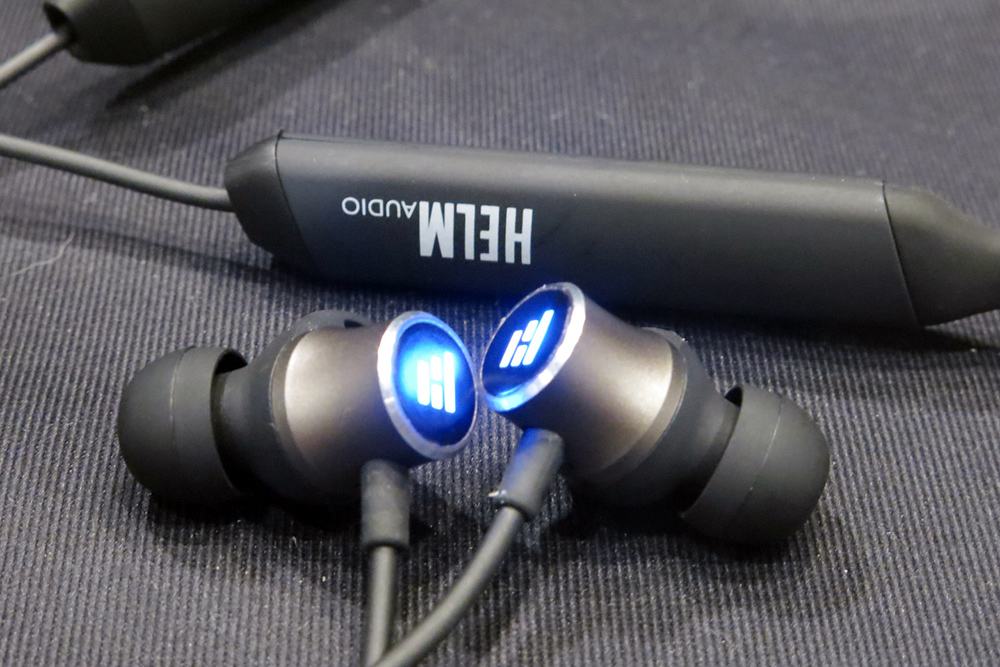 Best as I can figure, Helm Audio was formed out of the wreckage of Tidal Force, whose planar-magnetic headphones I reviewed for SoundStage! Solo. The company showed a lot of interesting products at CanJam SoCal, including the Triple Driver HD Sportsband earphones ($129.99), an aptX-HD Bluetooth model. The Sportsbands seem like an amazing deal, with each earpiece packing two balanced armatures and a single 10mm dynamic driver. They are IPX4-rated, so they’ll survive a little sweat or rain, and the blue lights on the earpieces blink all the time (although they’ll be a little dimmer on the production model). 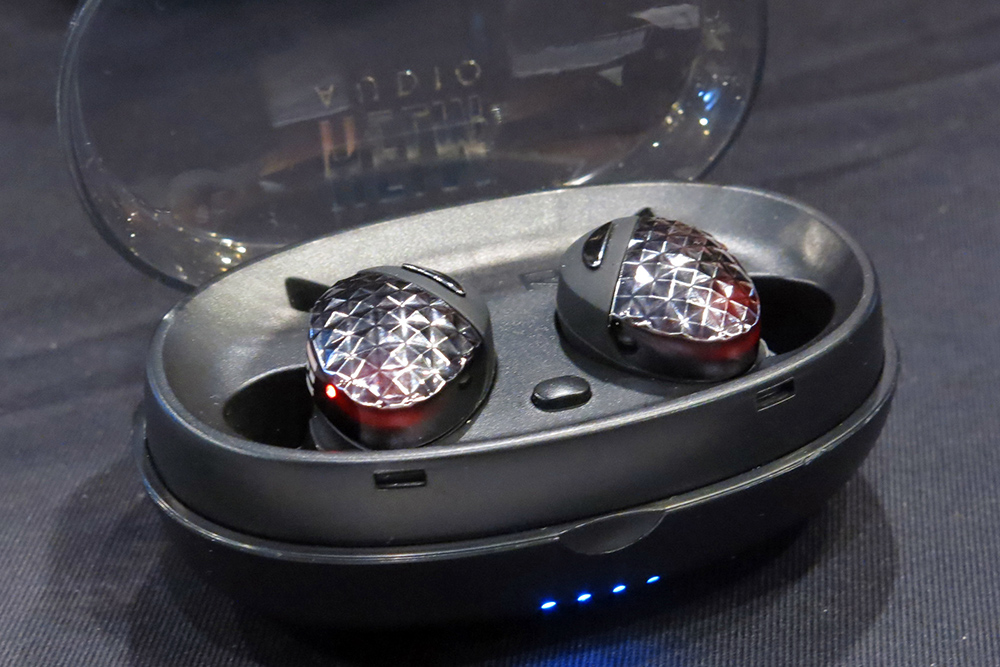 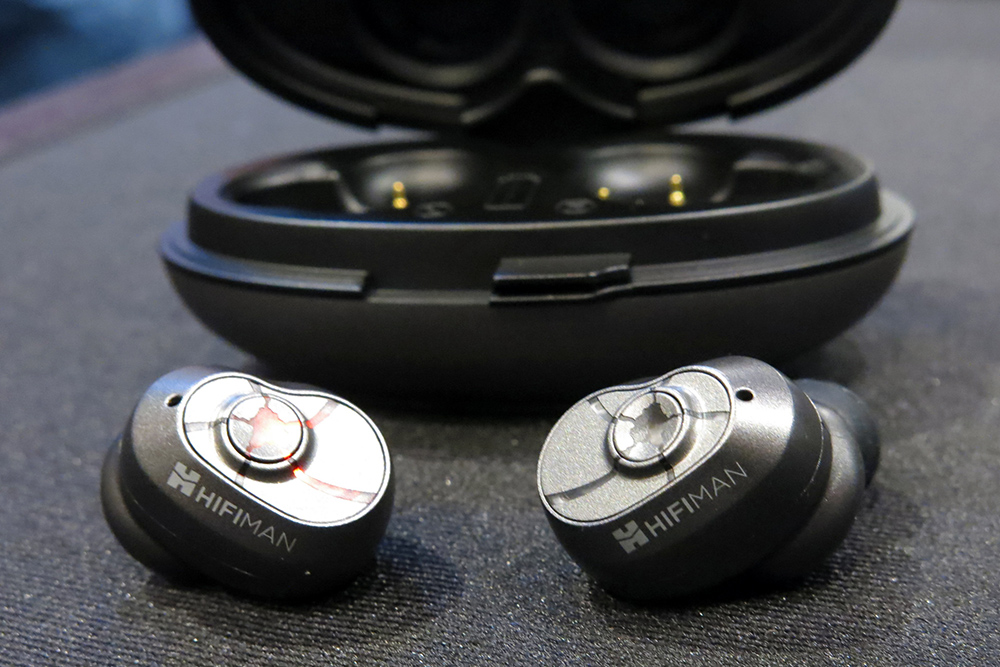 The TWS600s are HiFiMan’s first true wireless earphones, and what really sets them apart is the claimed Bluetooth range of 150m. Had I not seen a video confirming this claim, I’d dismiss this as ludicrous, because the longest Bluetooth range I’ve ever tested was about 100' for a big Sony Bluetooth speaker. The TWS600s run a reasonable $149, but a limited-edition set is offered with the TWS600s and a set of HiFiMan’s RE600 passive earphones for $199.