At Audio Video Show 2019, there was a large area devoted to headphones at the Warsaw National Stadium. At many of the tables, attendees waited patiently for 15 minutes or more for a chance to audition headphones and related products.

Some of the new headphone products shown at Audio Video Show 2019 came from major international brands. I also saw some really interesting (and great sounding) products from small, specialized companies, including two based in Poland. The opportunity to encounter unfamiliar (to me), innovative companies is one of the great things about attending international shows -- it easily justifies a 15-hour journey across six time zones.

Except where noted, all prices are in Polish zloty (zł) or euros (€). (Currently, the zloty trades at approximately US$0.26. Note that prices in Europe typically include value-added tax, which in Poland is 23%.) 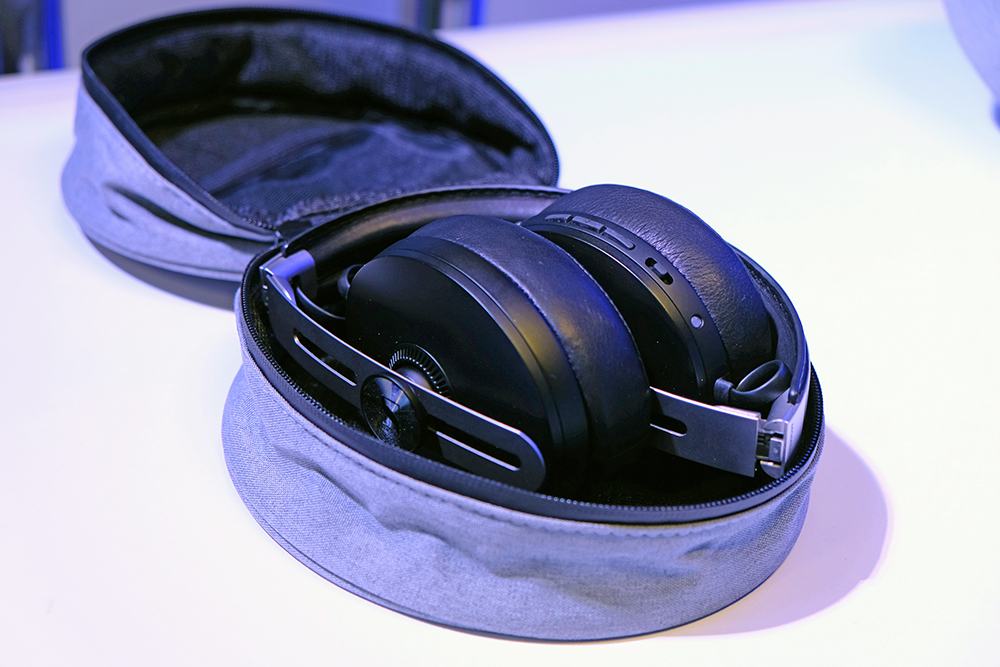 When I agreed to cover headphones during the High End show this past May, I expected that the major European brands -- AKG, Beyerdynamic, and Sennheiser -- would be there in force. That was a reasonable expectation, as Munich is almost in the backyard of all three companies.

Not one of them exhibited at High End. But Sennheiser launched several new ’phones at the IFA tradeshow in Berlin in September, and Aplauz, Sennheiser’s Polish distributor, showed these at Audio Video Show 2019. (A caution about the photos here -- Aplauz’s suite was bathed in a garish purple light, and nothing I could do with my camera or image-editing software could overcome its effects.)

The third-generation Momentum Wireless active-noise-canceling headphones (€399) have larger earcups than their predecessors, with controls for volume, play/pause, skipping tracks, and ending calls, plus a button for activating voice control -- Siri, Google Assistant, and Alexa are all supported. They also support the Bluetooth AAC, aptX, and aptX Low Latency (LL) codecs. A neat feature is hardware support for Tile, so that you can use the Tile app to locate the ’phones if you lose them. 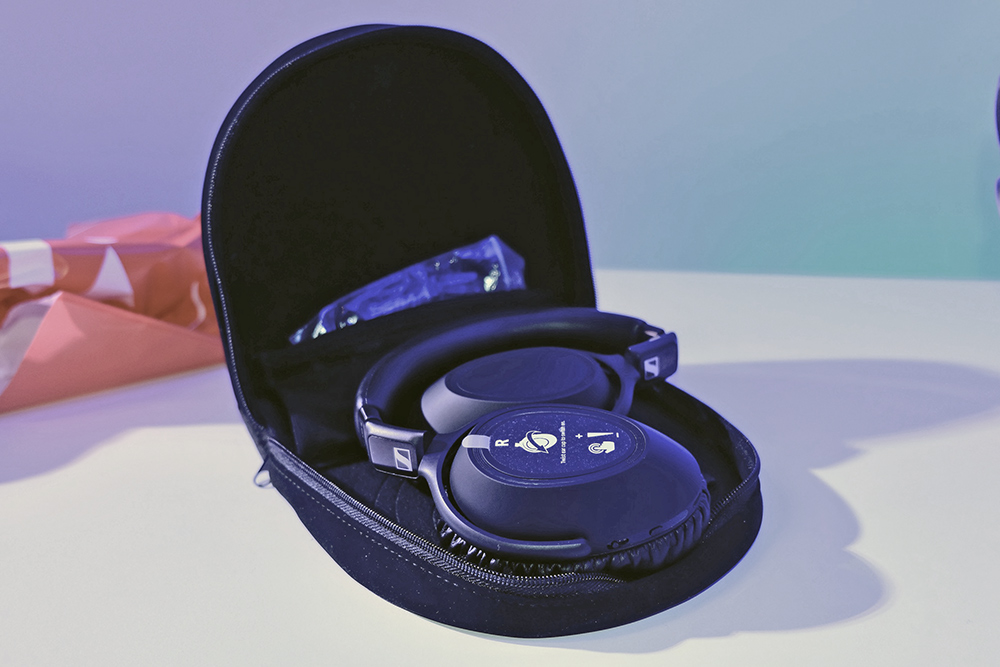 Sennheiser has also added voice control and advanced Bluetooth codecs to the second-generation PXC 550-II headphones (€349), along with a new hardware design that turns the ’phones on and pairs them with your Bluetooth device when you unfold them. It also pauses music playback when you take the ’phones off your ears, and then resumes playback when you put them back on. A touchpad on the right earcup lets you adjust volume, control playback, and take calls. 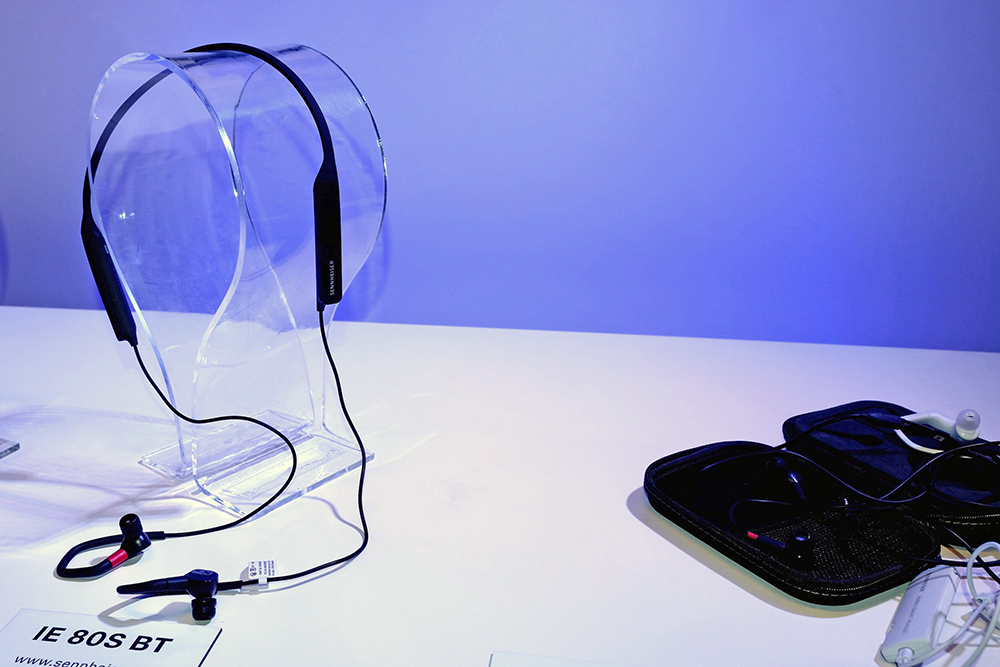 With Sennheiser’s Smart Control app, available for both iOS and Android, users of all of these ’phones can adjust EQ, enable voice control, and activate a Transparent Hearing function that passes through outside sounds like announcements or conversations. 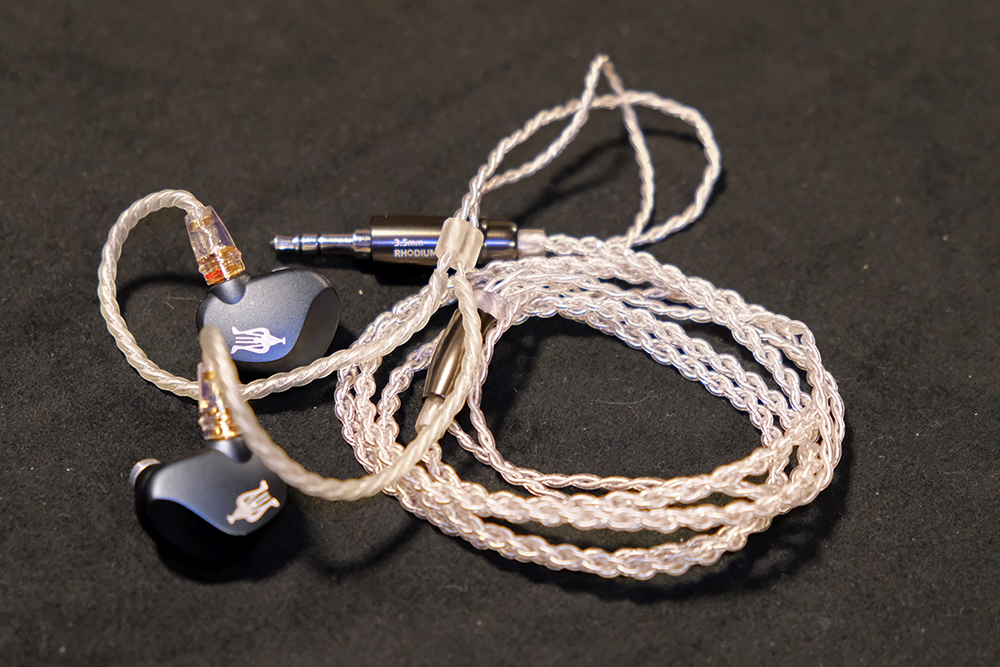 At Munich, I was wowed by Romania-based Meze Audio’s Rai Penta in-ear monitors (€1099), which use four balanced-armature drivers and a single dynamic driver for each channel. At Audio Video Show 2019, Audiomagic, which distributes Meze in Poland, was showing the new Rai Solo earphones (€249). These employ a single Unified Pistonic Motion (UPM) dynamic driver for each channel. With UPM, the driver membrane is electrically conductive, so that voice coil lead wires don’t have to be glued to the membrane. The result, Meze Audio says, is lower distortion, clearer midrange, and more impactful bass. 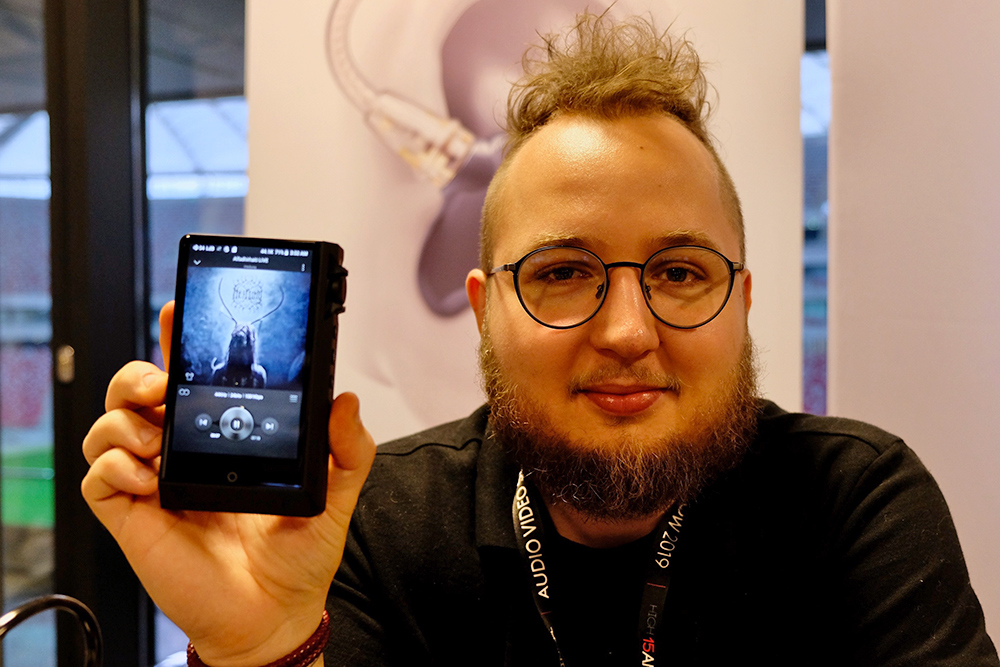 Audiomagic was also showing a new digital audio player from Taiwan-based Cayin Technology. The signature feature of the N6 II is its interchangeable motherboard, allowing users to update both the DAC and amplifier sections. The standard configuration (zł5900) has a DAC built around AKM’s AK4497EQ chip, which has maximum resolutions of 32/384 PCM and DSD256, plus MQA support. Based on Android 8.1, the N6 II has 3.5mm single-ended line and headphone outputs, and Pentaconn 4.4mm balanced phone/line output, plus three digital interfaces, I2S via mini HDMI, USB, and S/PDIF. Other features include 4.2" touchscreen, Wi-Fi connectivity, and Bluetooth output with support for aptX, AAC, and LDAC advanced codecs.

The Audiomagic representative I spoke to said he had heard rumors that Cayin was planning a tube amp module for the N6 II -- that would be wild. 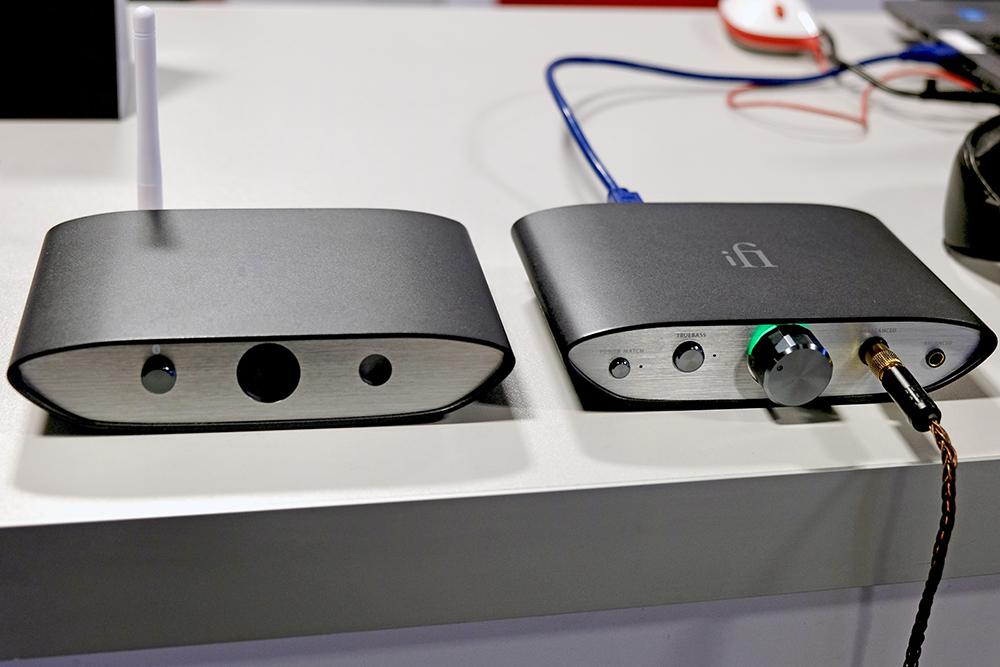 In October, the UK brand iFi launched two compact DACs, and both of these were on display at the company’s exhibit in the headphone area.

Intended for desktop use, the Zen DAC (€150, shown on right) has maximum resolutions of 24-bit/384kHz PCM and DSD256, and supports MQA. The Burr-Brown chip used in the Zen DAC has separate pathways for PCM and DSD. On the front panel are 6.3mm unbalanced and Pentaconn 4.4mm balanced headphone outputs. In addition to a USB Type-B port for connection to a host computer, the rear panel has Pentaconn 4.4mm balanced and RCA balanced line-level outputs, which can be used in fixed or variable mode. 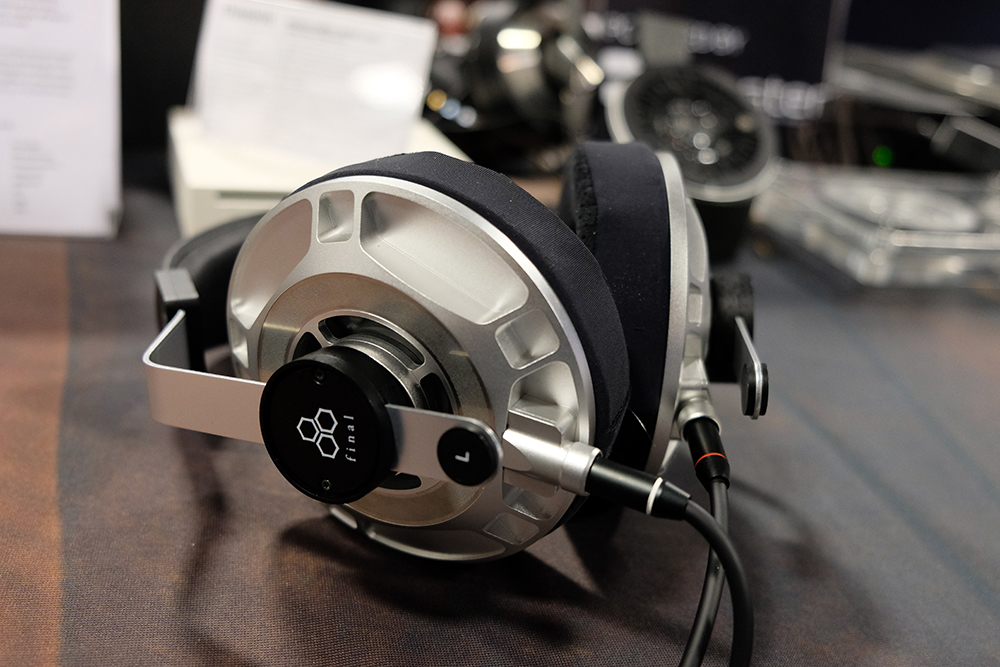 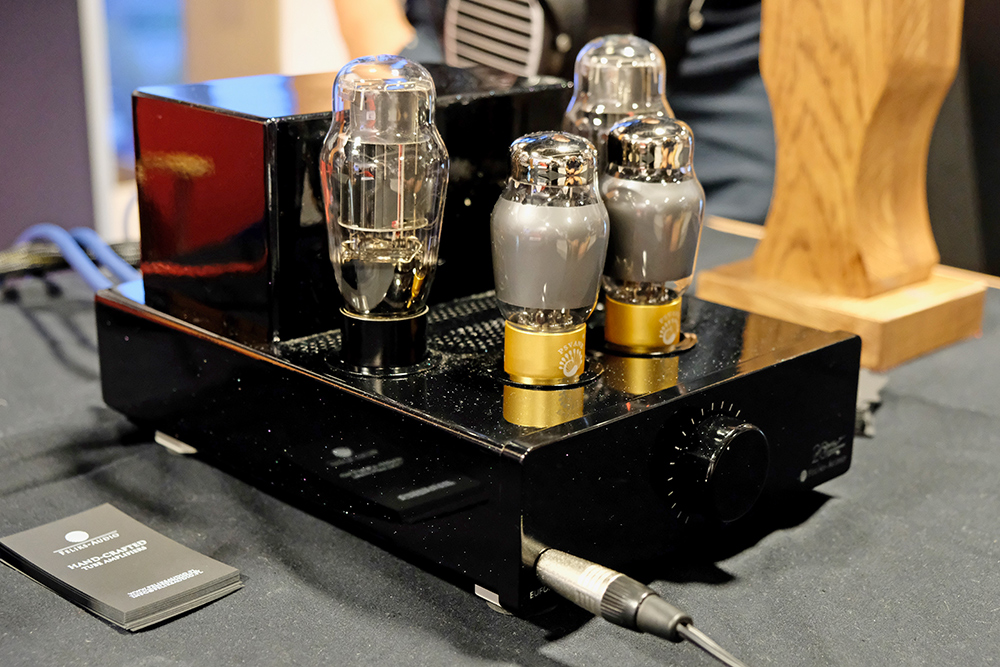 Feliks Audio is a company I’d never heard of before attending Audio Video Show 2019, but it turns out that they’ve been around for 20 years. To mark the occasion, the Polish company has released a 20th Anniversary Edition of its Euforia tube headphone amplifier (zł11,000). Like the standard Euforia, the 20th Anniversary Edition employs new-old-stock 6N13S power tubes, and delivers 250mWpc output. The Anniversary Edition has upgraded internal components, including Neotech Teflon-coated mono-crystal copper signal cabling, ClarityCap capacitors, and a lower-noise power transformer -- plus an automotive-grade high-gloss space-gray finish. 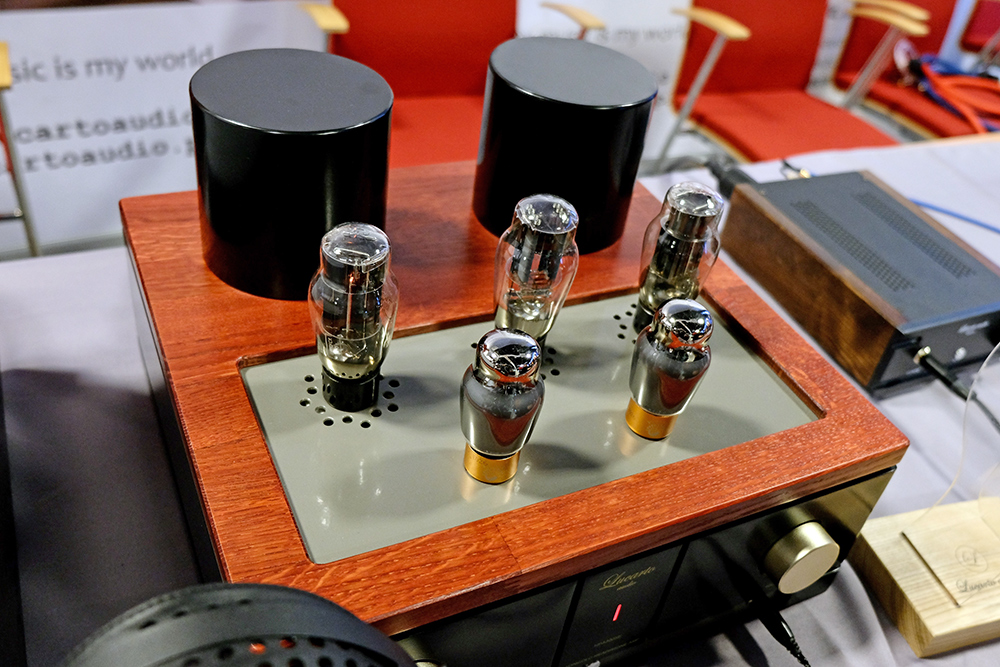 Another Polish company I’d never heard of is Lucarto Audio, but it’s been around for only a few years. For a young company, it has an impressive portfolio, comprising power amplifiers, preamps, DACs, loudspeakers, and cables. Lucarto was showing its speakers and amps at its suite at the Radisson Blu Sobieski Hotel. 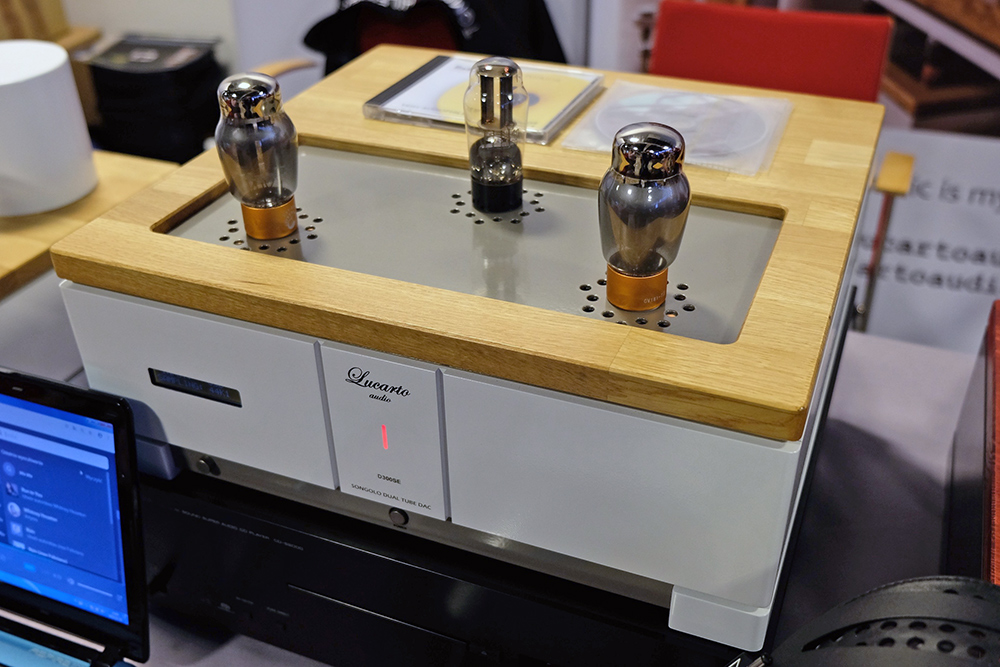