All Rockport Technologies speakers are designed in-house by Payor using a combination of computer-based modeling, acoustical and electrical measuring, and listening. Payor also designs almost all of the speakers' individual parts (including little things like the crossover capacitors!). But many of the specialized manufacturing tasks, including cabinet making and finishing, are the work of highly skilled local craftsmen, a number of whom also work in the high-end marine industry. The final assembly of the cabinets, which includes sanding and bonding the baffle and bases to the main cabinets using a highly engineered structural epoxy, takes place in Rockport's production room, as does the bonding of all of the machined aluminum components such as ports, terminal plates, threaded-leveling-foot receivers, etc. All of the final-assembly processes, including wiring harnesses, stuffing, crossover building, and driver installation, are also carried out in the South Thomaston facility. 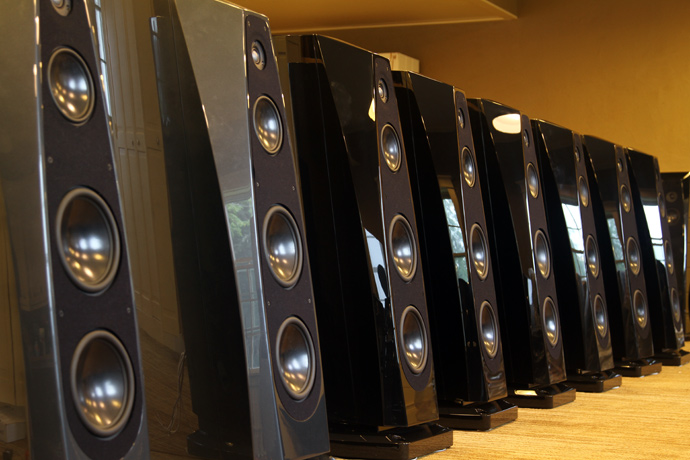 Rockport Technologies does not run a typical assembly-line operation. Demand for the company's speakers is high and the production is limited, largely due to Payor's insistence that every speaker he makes be considered a benchmark in its price category, and that every speaker that leaves the factory is an exact replica of the reference model in terms of fit and finish, as well as performance. In the photo above, completed Aviors await final inspection, which Payor always does himself. The Avior sells for $29,500 per pair. 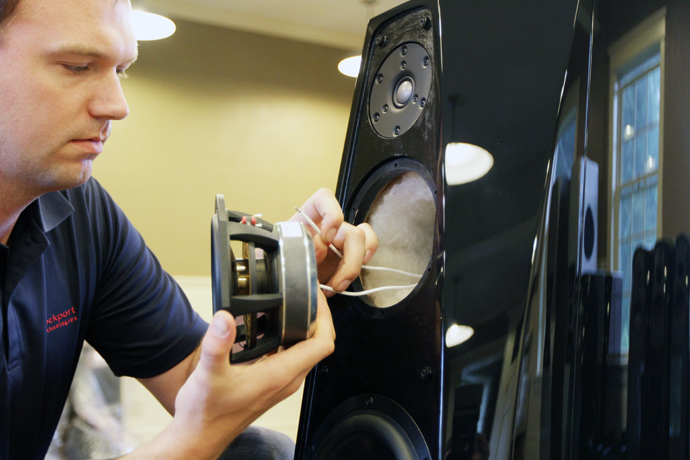 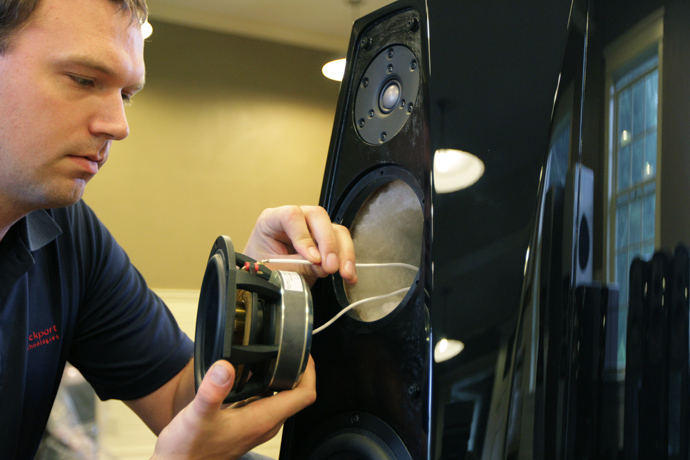 . . . are all done in-house by Andy Payor or Rockport technicians who have worked for the company for years. This photo shows the new Rockport midrange driver being placed into an Avior cabinet. 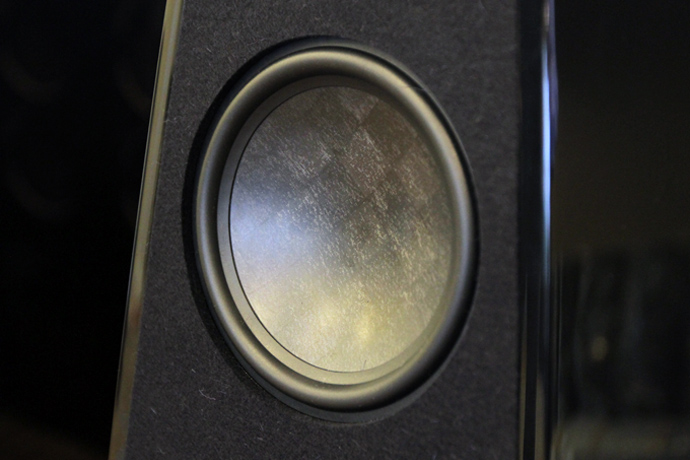 Once all the Avior's drivers are in place, the rest of the baffle is finished off. The photo above shows the unique appearance and texture of the Avior's midrange cone. 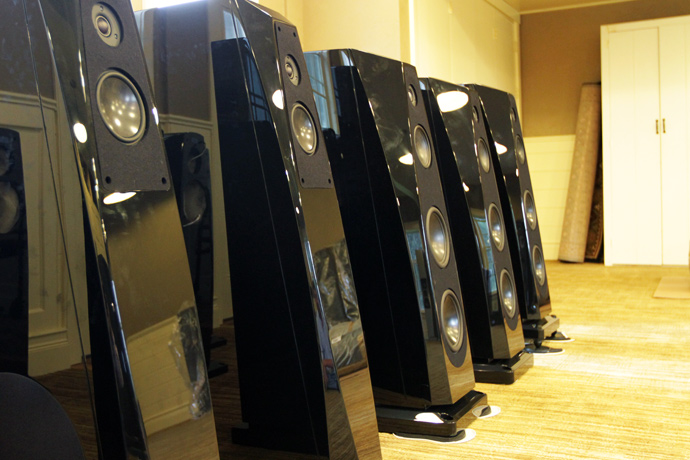 Even though the Mira II is Rockport's entry-level speaker (the two left-most speakers in the photo above), it also uses a Rockport-designed midrange driver (Rockport designs and makes the cone that's attached to an Audiotechnology-made motor system), and its assembly receives the same attention to detail as the assembly of the other costlier models. Rockport's attention to detail in every aspect of design and production is the reason that their entry-level model costs what it does: $16,500 per pair. Obviously, not cheap by anyone's standards. Quite simply, they feel their level of craftsmanship and quality control can't be done for less, and they aren't going to compromise anything to make a lower-priced speaker. 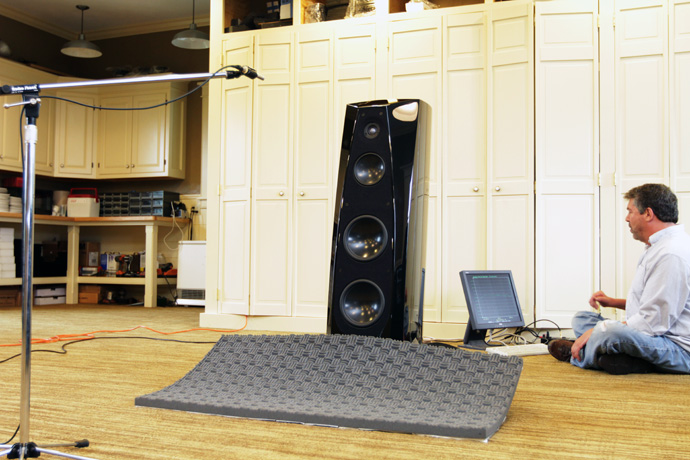 Visual inspection is only one aspect of quality control -- acoustical measurements are done with every loudspeaker they assemble. This phase is as rigorous as the assembly process because the crossovers are meticulously tweaked so that a stereo pair of speakers is perfectly matched, and both speakers match the reference design ideally. According to Andy Payor, this process can take hours, but it's necessary to ensure that every Rockport customer gets the exact speaker they paid for.