Octave Audio's overall quality-control process is as extensive as I've seen. Assembled products are screened visually, tested for functionality, and put through a battery of electrical tests in order to assess performance and verify that the protection mechanisms work properly.

According to Octave's technicians, this process takes a minimum of two hours per product -- and usually quite a bit longer. Following successful completion of those steps, the fully assembled products are then transferred to the in-house listening room, where they are burned in for a minimum of 24 hours to further assess reliability, and are then listened to in order to ensure proper performance. 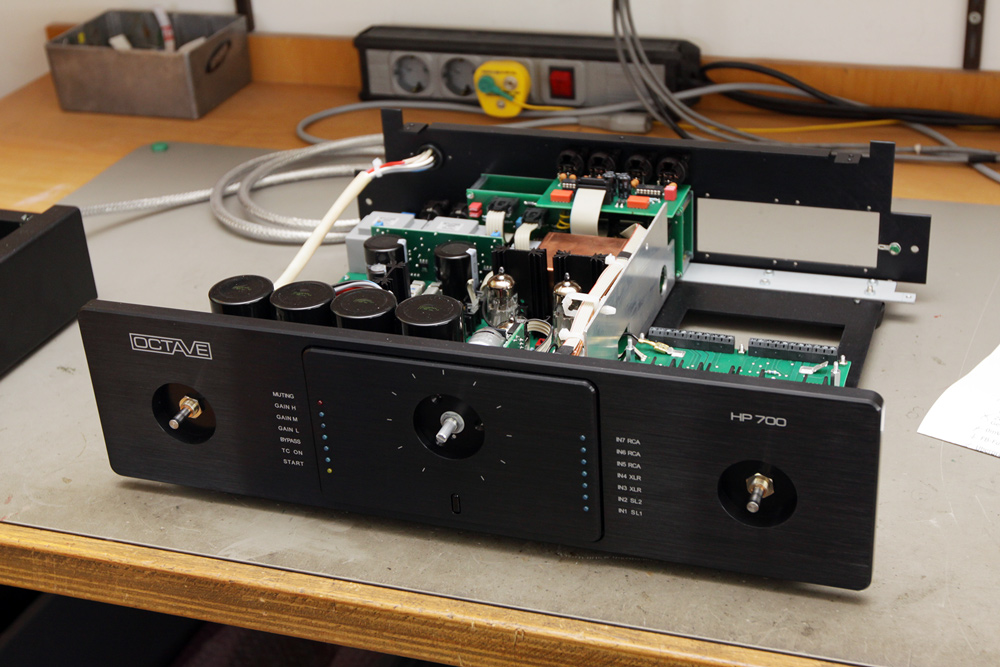 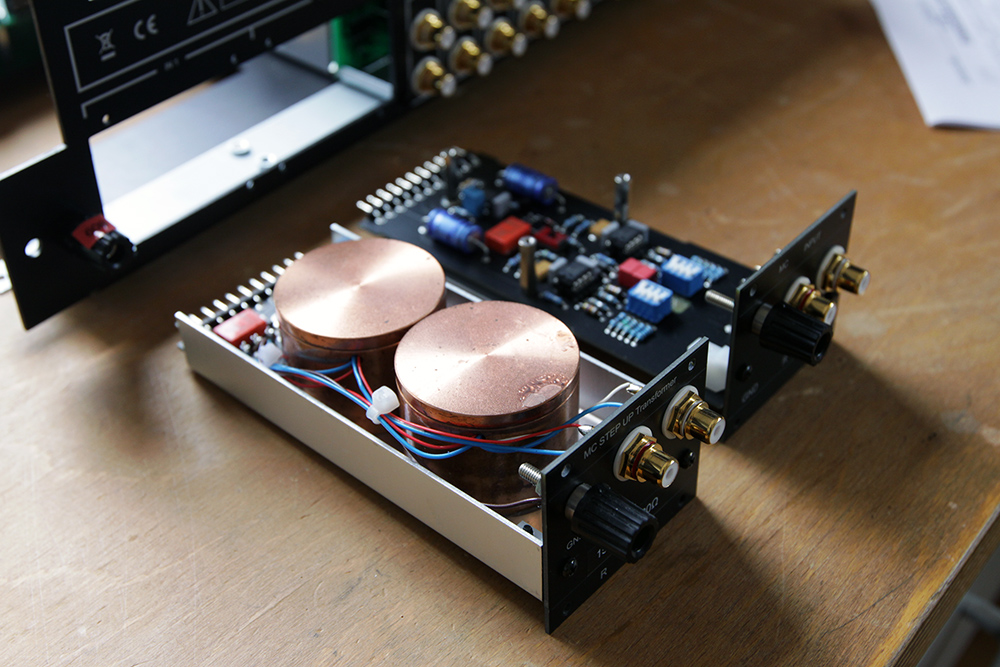 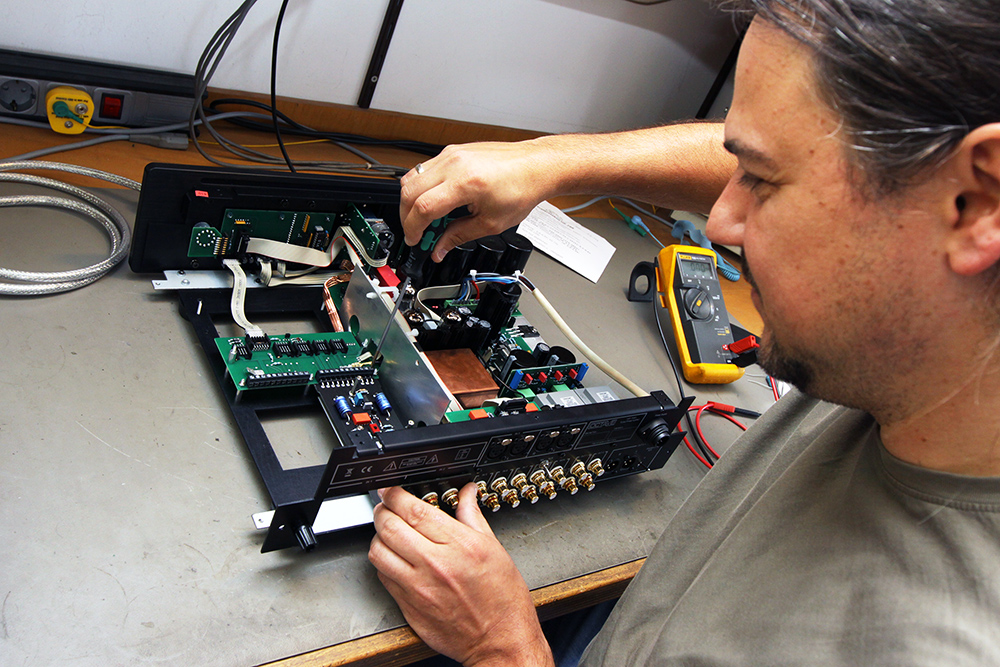 Michael has been with Octave Audio for about 18 years and is responsible for all preamplifier testing. He's installing the phono board in order to begin the testing process. 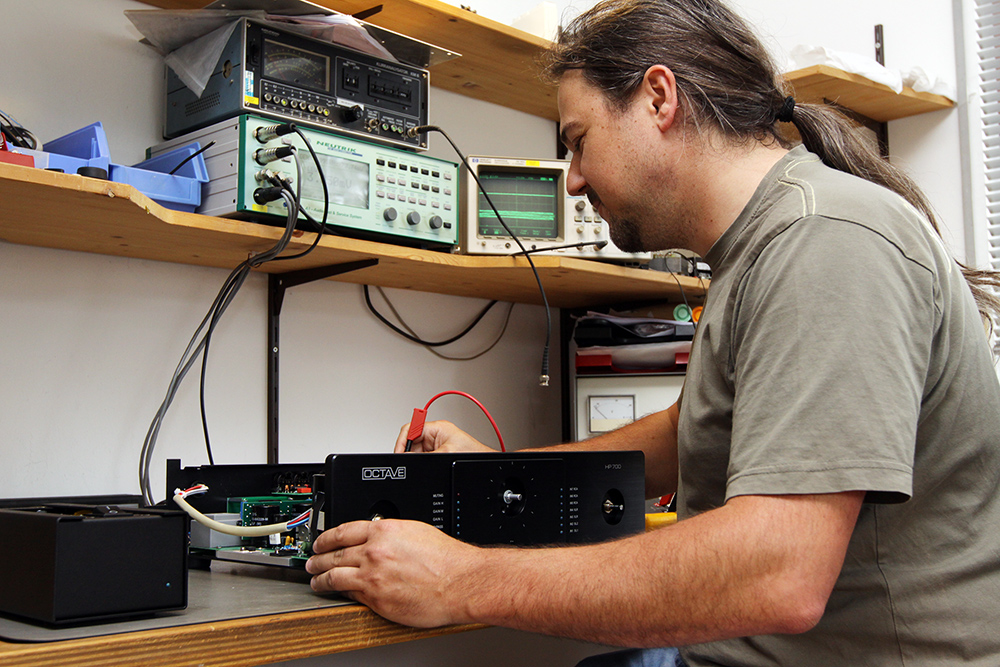 After visual and functional testing, Michael performs the electrical tests. 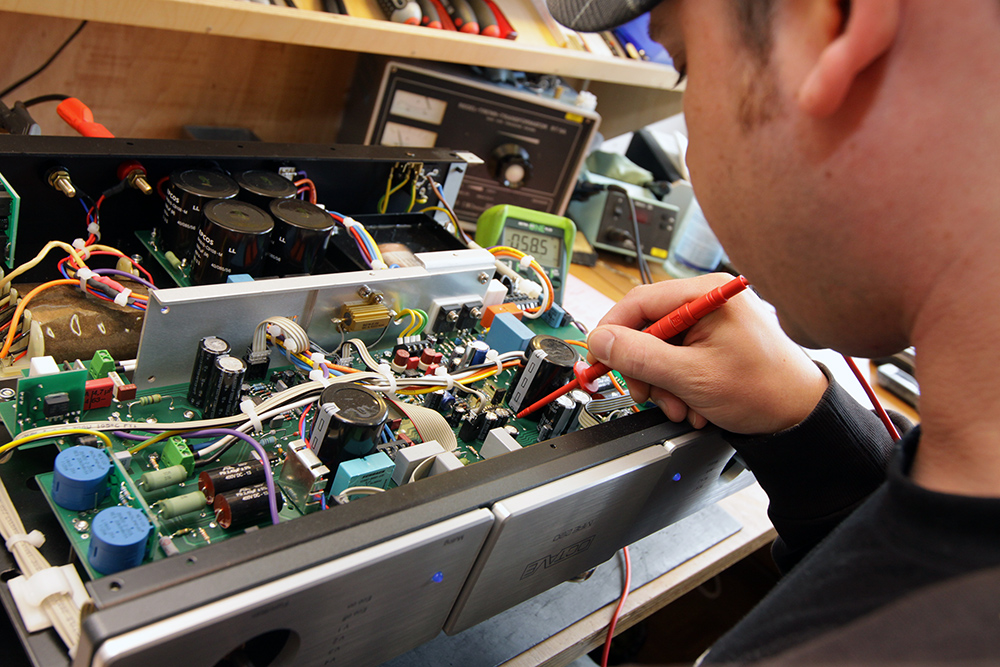 Andy has been part of Octave for 11 years and is responsible for all aspects of amplifier testing. 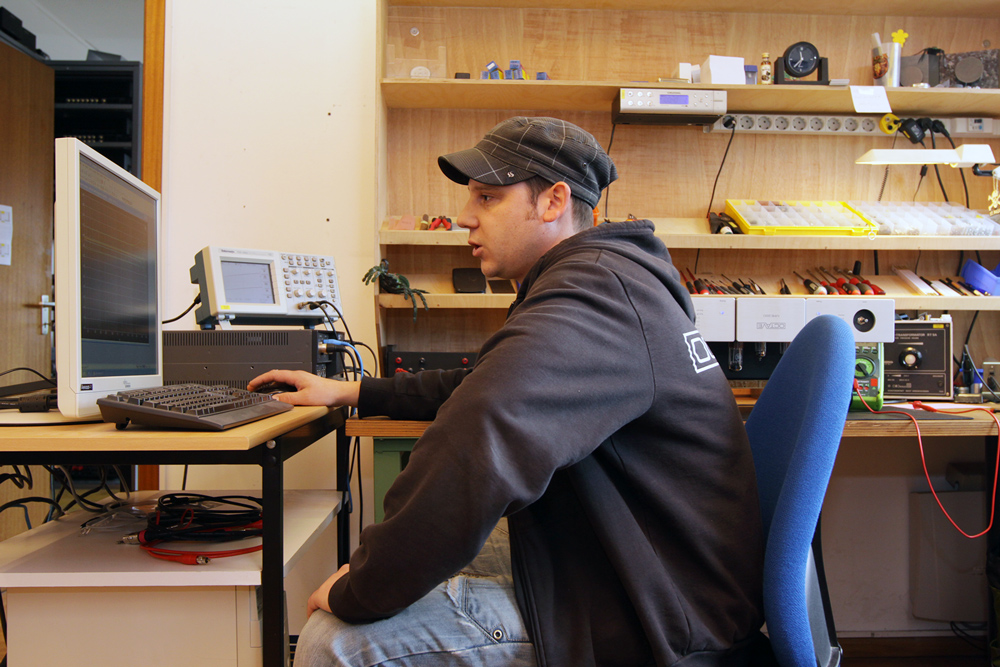 Andy uses an Audio Precision system for the majority of the electrical tests. 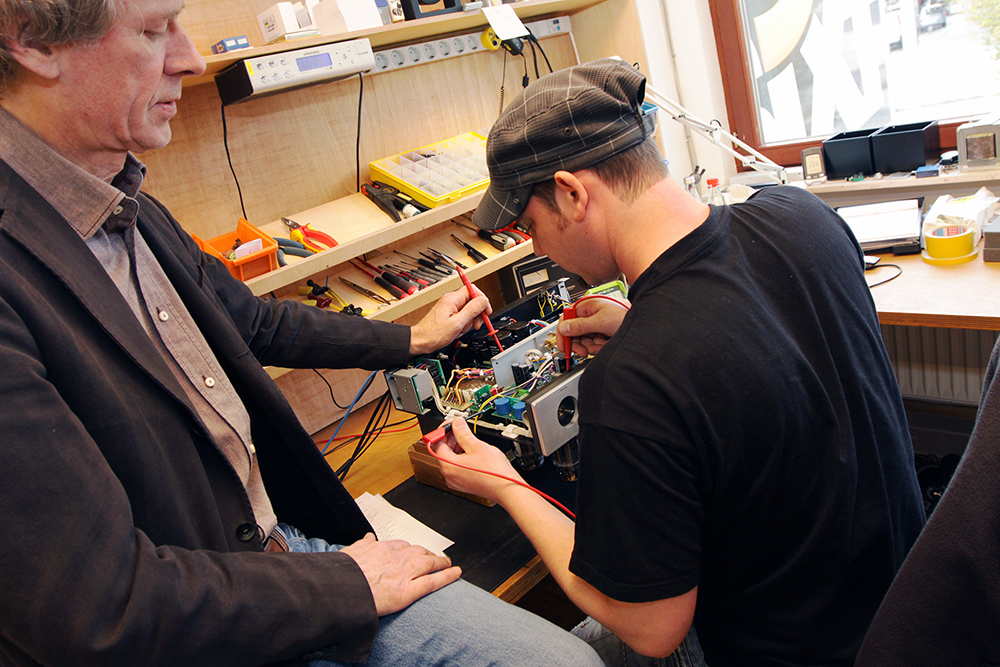 All Octave Audio products have an advanced monitor system to protect the component, speakers, and user from any kind of fault, including tube failure, amplifier overload, short circuit of speakers, high voltage from mains power (e.g., lightning strike), etc. Andreas Koffman joined Andy to actively demonstrate various kinds of faults -- including catastrophic tube failure -- to show how the amplifier would respond. 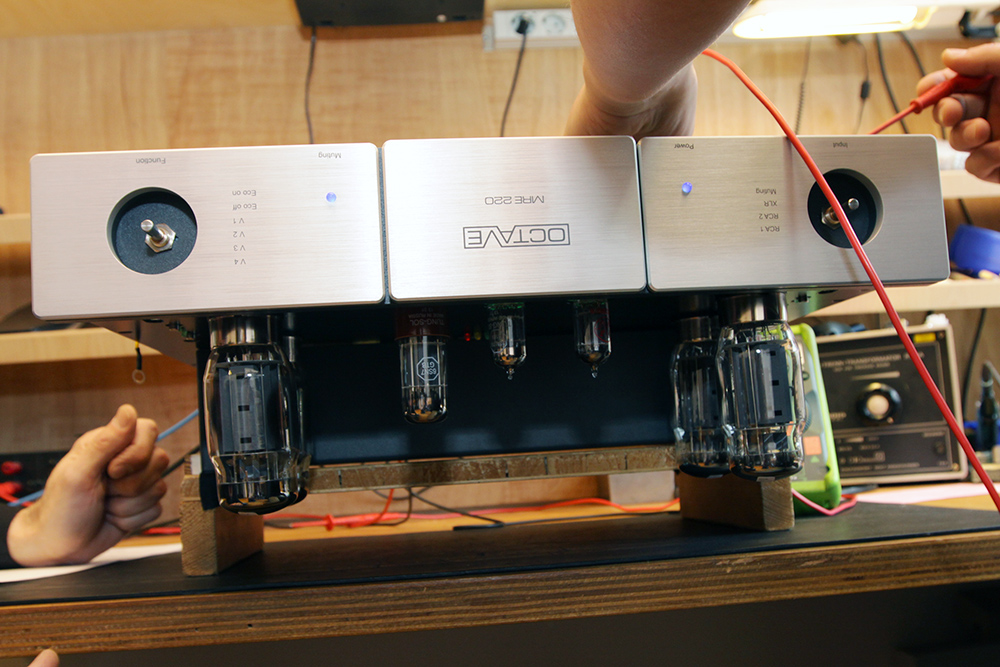 In each instance that a fault was introduced, the protection circuitry would immediately engage, the amplifier would shut down, and . . . 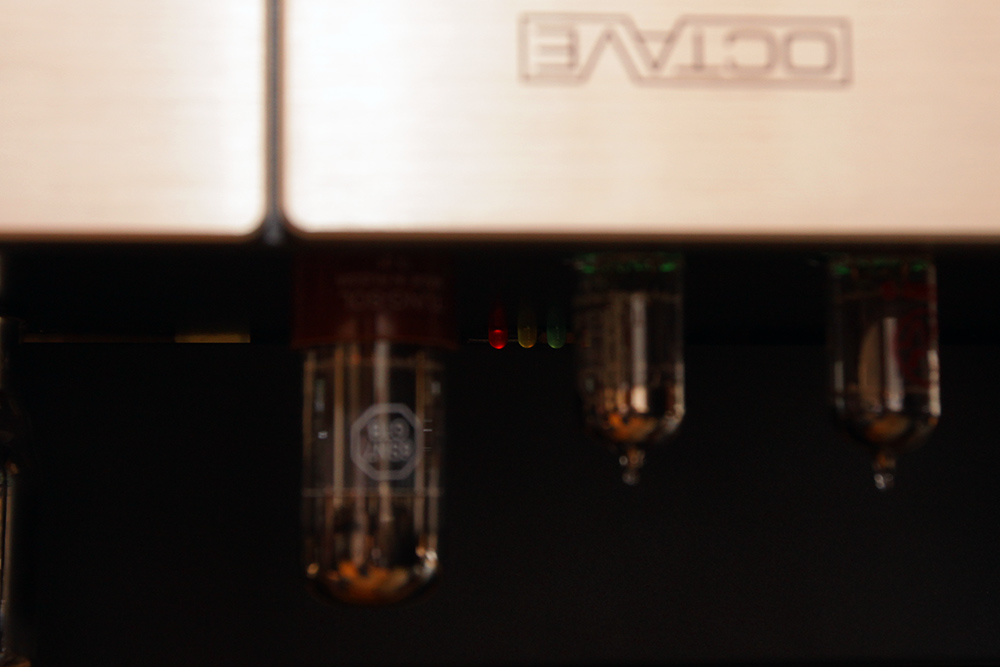 . . . a red LED would light to indicate a fault. After the fault was rectified, the amplifier could be turned on again using the power switch. Even after repeated failure simulations, the amplifier suffered no damage whatsoever. 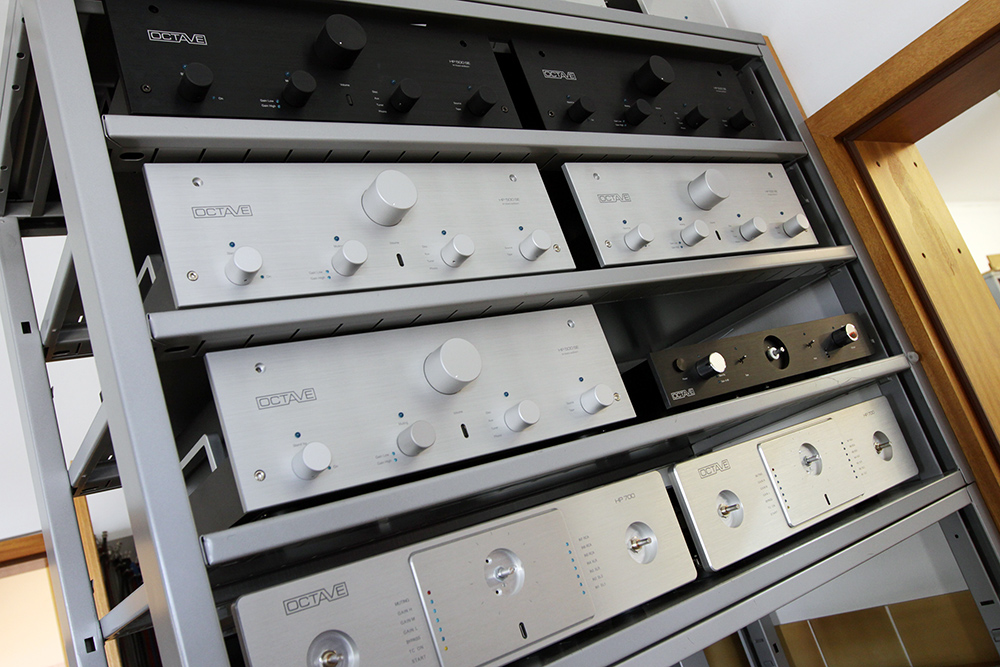 A shelf full of Octave Audio products following the initial phases of testing. 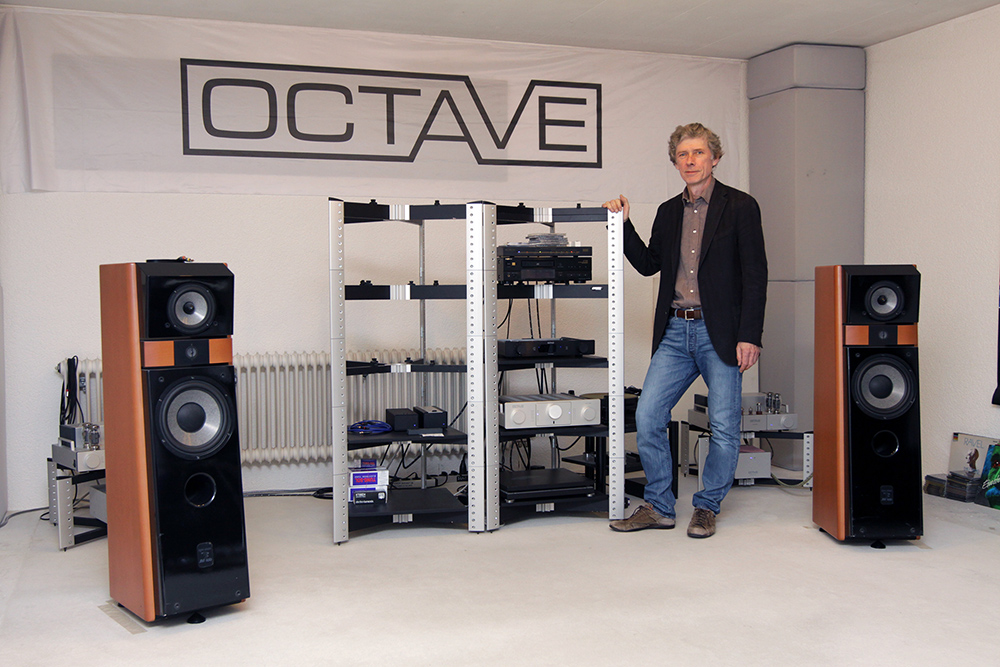 The next phase of testing involves placing the component in Octave Audio's listening room and playing it constantly for at least one day. The staff members assess the reliability and also the sound to ensure that it's in proper working order. 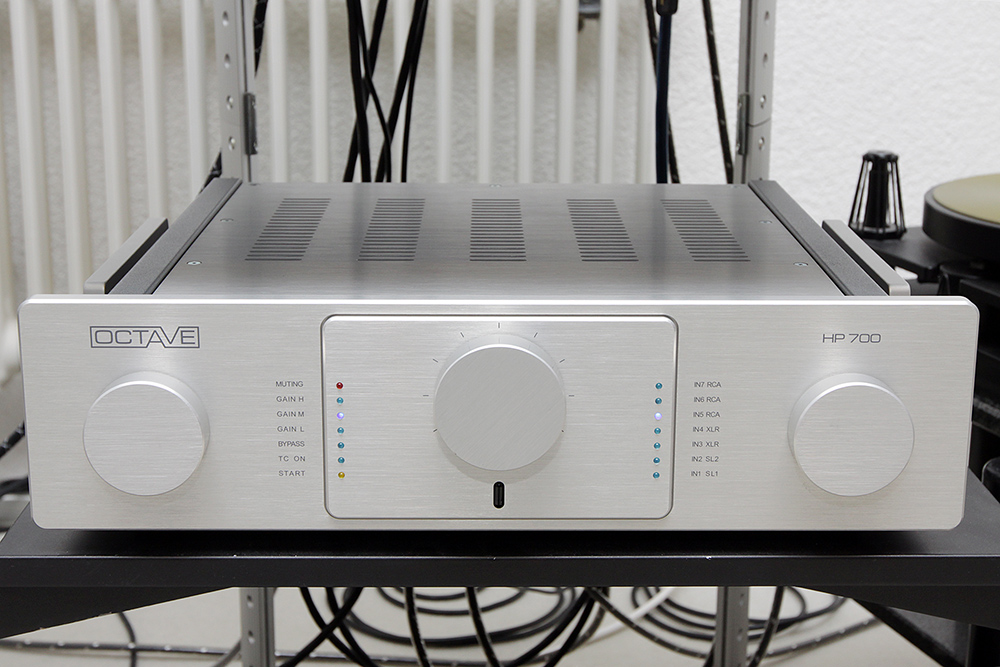 Not surprisingly, the component being tested when I visited was a new HP 700. 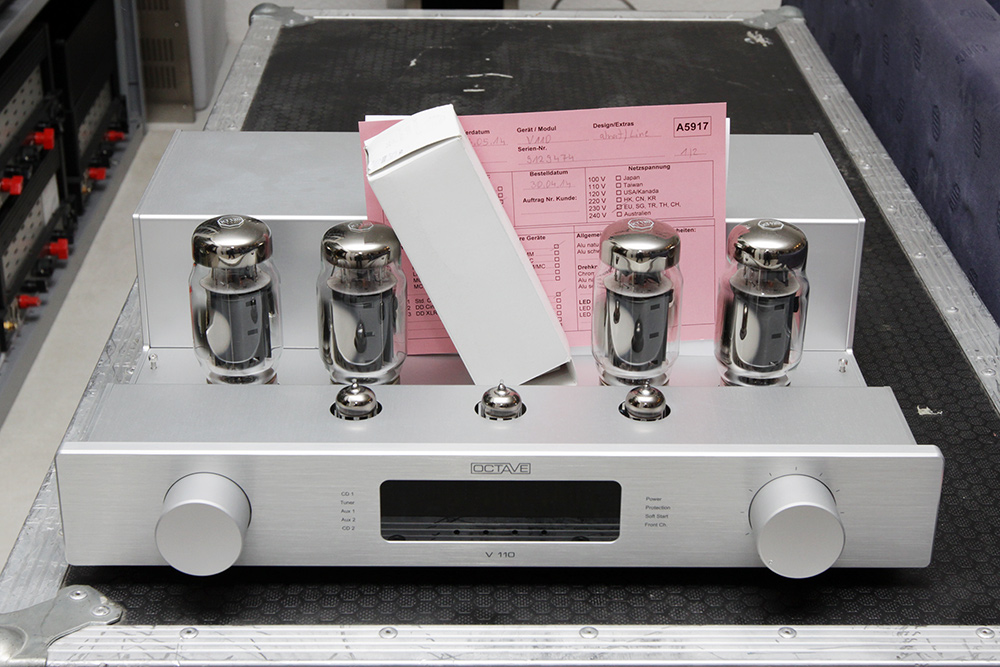 Following successful testing, the component is readied for final packaging. All Octave Audio integrated and power amplifiers, such as the V 110 SE shown above, are packaged with a spare tube.