Unlike companies that modify or spec drivers sourced from outside suppliers, Magico has designed their own driver platforms and builds them with parts they've had manufactured from the ground up. You won't see variants of these drivers in any other company's loudspeakers. 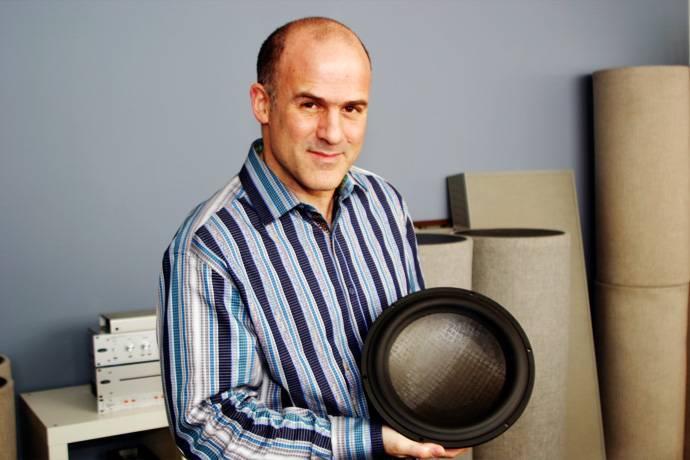 Alon Wolf holds a Magico driver that will be used in a Q-series loudspeaker. 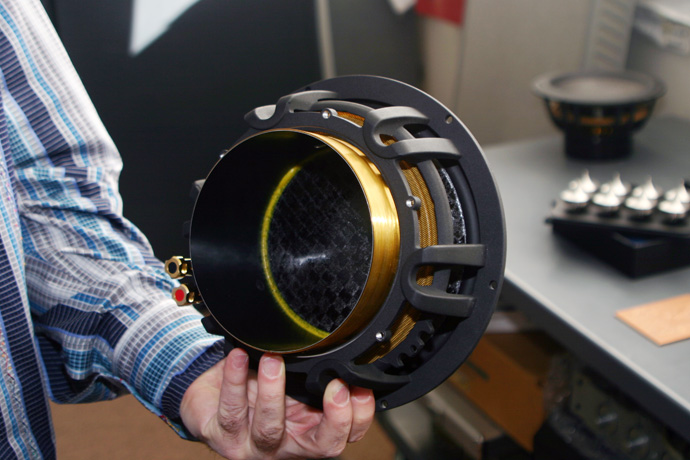 The massive 5" voice coil seen on this Magico driver is a sight to behold. 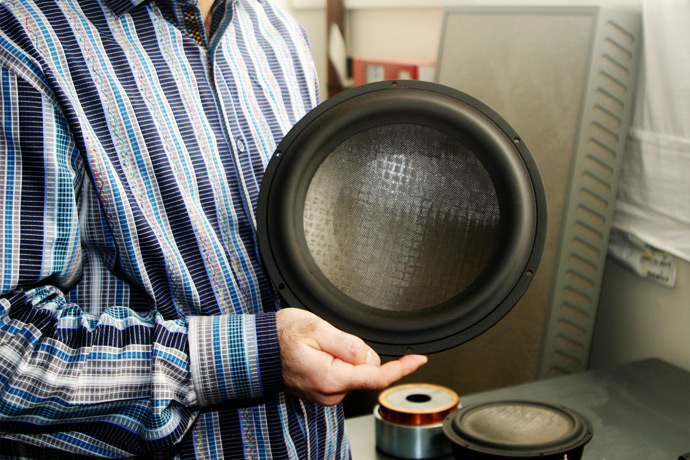 The Magico cones that go into the speakers use two different weaves of carbon fiber that are encapsulated in a high-modulus epoxy resin saturated with carbon nanotubes for strength and stiffness. 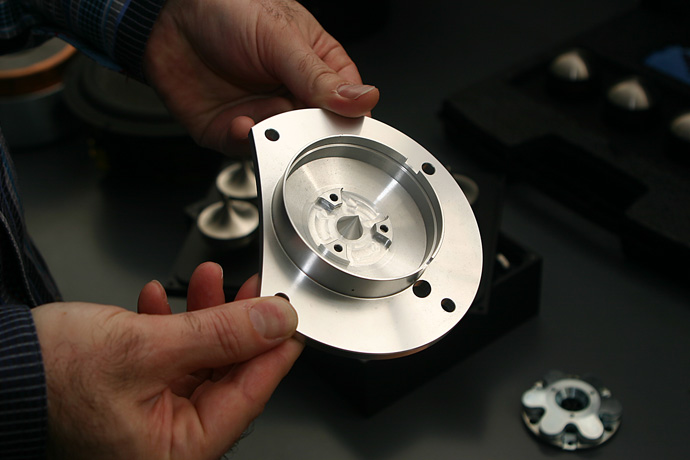 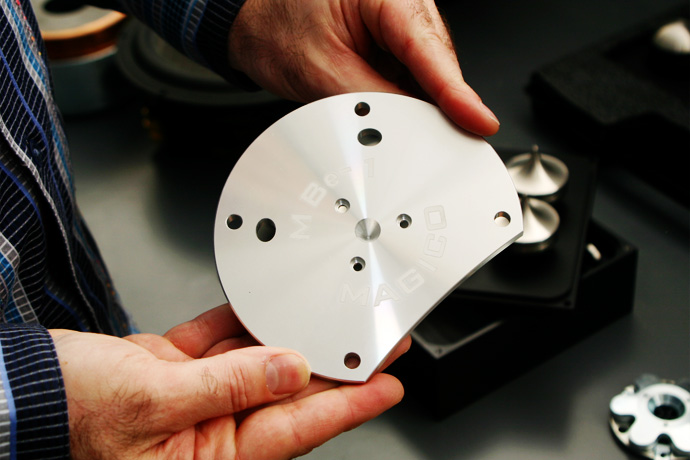 Magico manufacturers only top-quality products. Even the backplate of the MBe-1 tweeter, something the customer will never see, is engraved and finished to a very high standard. 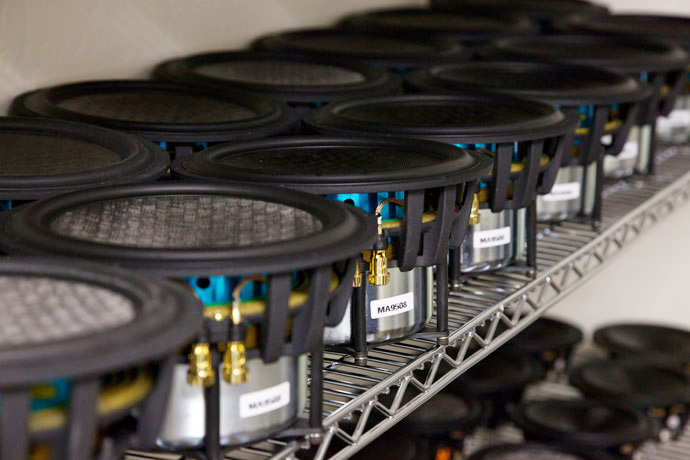