KR's Kronzilla Amp and a Demo

Invented in 1999 by Riccardo Kron, the KR T1610 is the largest audio tube currently produced. When I asked KR chief engineer Marek Gencev why he thought KR founder Riccardo Kron had decided to create it, he shot back with a matter-of-fact "Why not?"

Gencev is very direct and yet genial in conversation. It's clear how much he loves both the science of tube design and the romance of making audio tubes as well. He explained that creating the T1610 came from a challenge to improve the science of the audio tube itself. Elaborating, he said that there had not been a new tube created "since forever." Based somewhat on the old Western Electric 308 last produced in the '50s and a similar tube called the 4212 produced by Cable & Wireless in England, the KR T1610 was christened the "Kronzilla" by audio journalist Harvey Rosenberg. With its large plate dissipation (150W), the T1610 is much bigger than the 845, the next largest triode made. The Kronzilla tube measures nearly 12" tall, over 3.5" in diameter, and weighs almost two pounds. 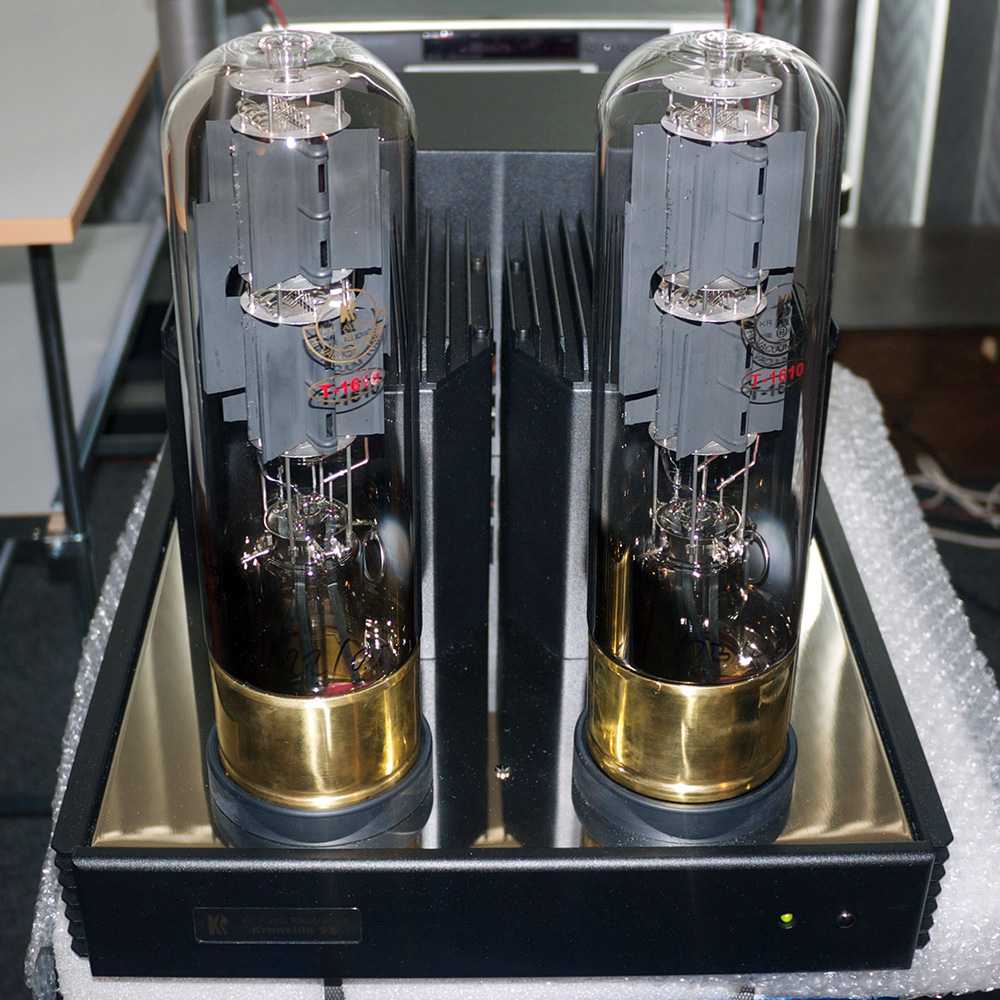 But it was not enough to invent a new audio tube. Kron also had to create an amplifier that would employ the special tube. This resulted in an entirely new and different creation -- a "counter-clockwise" hybrid amp, as Kron called it. He wished to avoid OEM components and subcontractors, so he came up with the "reverse" hybrid idea, eschewing tubes in the input and rectifier stages, employing instead a JFET input stage and a MOSFET driver stage, using discrete transistors so as to avoid the characteristic noisiness of mass-produced small signal tubes and their propensity for microphony. His goal was a very low signal-to-noise ratio, and he achieved it with solid state. "The tube stage is only transferring power to speaker," Gencev said. "Not so much amplification." The result was a very special 50W amplifier (KR SX shown above, $23,000) that used only two direct-heated T1610 triodes in class-A operation for the output stage, not multiple tubes in parallel like so many competitors had to use to achieve a similar level of power. Then, in 2005, Gencev improved the T1610's output power even more -- to 60W -- by adding inner cooling wings and gold plating on the tube's grid. The improved T1610 is now featured in the new Kronzilla VA680 amplifier ($26,500), which also sports Lundahl transformers and a striking red accent paint on the heatsinks over the transformer caps and side rails. 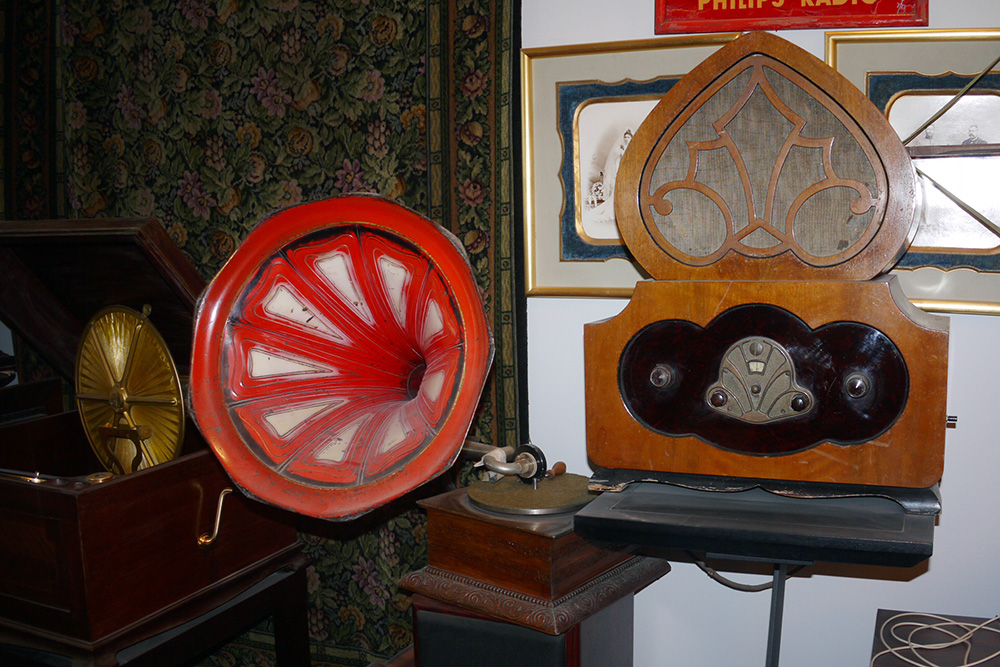 When the conversation with Gencev ended, Eunice Kron led me to the KR Audio listening room, one designed by her late husband "to illustrate the historic stages in audio." On display were a Marconi radio tube, classic radios from the '20s and '30s, a Gramophone, plaques, posters, and framed photographs. Center stage was a Kronzilla SX stereo amp (50W) with a pair of speakers unknown to me hooked to its 4-ohm taps. There was a solid-state preamp that Eunice said was "custom," as well as a nondescript CD player, both in a rack behind the imposing Kronzilla. Except for the KR amp, the system seemed nothing special. "Ricardo wanted to show that his amp was the special piece," Eunice explained. We listened to a CD of Rimsky-Korsakov's Scheherazade.

Immediately, what I heard from the system was depth, speed, and prodigious clarity. There were sharp, tight drum impacts and a fine building of orchestral amplitude to crescendi, with good string tone throughout and startling thematic travel from instrumental section to section. Pizzicati from the strings were sudden and focused. And the drums and other percussion were more realistic than any I'd yet heard. When the violin solo came, it was clear and pristine followed by the gravitas of the double basses contrasting with the light piquancy of the violin. Middle strings sounded warm and lush, and the system captured all of their dramatic phrasings. It was a superb demo in all respects, and I came away seriously impressed. I'd have to try a Kronzilla one day, I thought, as I knew Albert Von Schweikert, designer of my reference VR-44 Aktive speakers, had used one in a couple of recent show demos and kept the KR amp as his own reference in his Riverside, California, showroom. There was definitely something to this "counter-clockwise" engineering, I thought, the Kronzilla amp producing a clear, speedy, powerful, and completely natural sound. 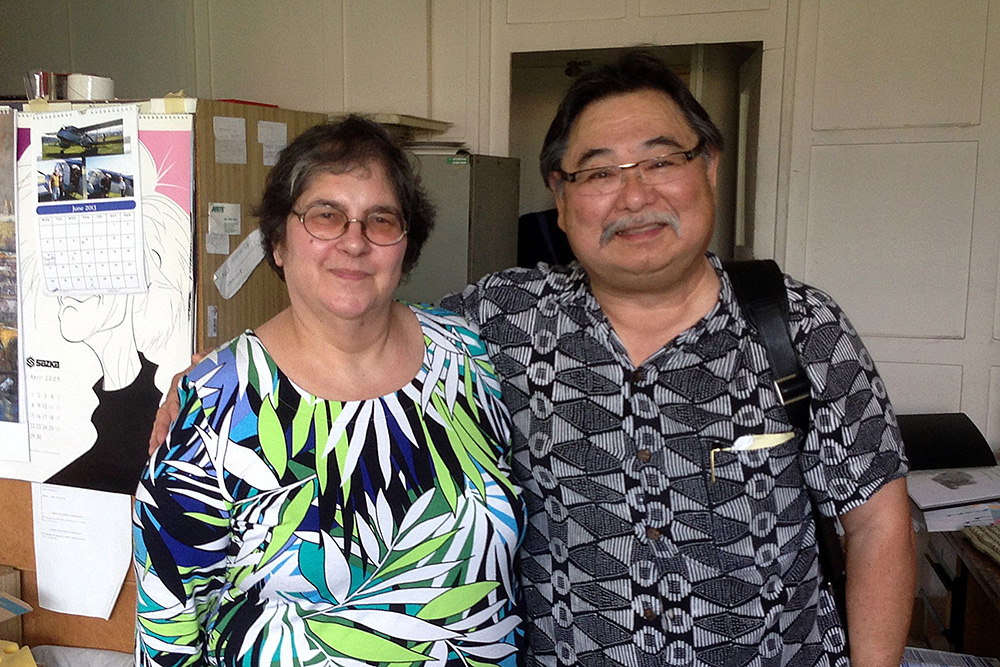 The session ended, and Eunice and I shared a cab back to Vinohrady, a quiet suburb of Prague where she lived and where, as it happened, I'd rented a vacation apartment just about three blocks away. I felt Vinohrady was a bit like the Upper West Side with all its rows of apartment buildings and small boulevards of shops and restaurants. She wanted to take me to her neighborhood pub there, a typical Czech beer hall just around the corner from my place that served a variety of brews and a full menu of typical bar food. We sat under an awning outside, across from the tree-shaded green of a roundabout. "You'll enjoy the sausages," she predicted. And I did, trying both the grilled Bavarian links and a roasted red rope of a thing whose name I've forgotten. It became one of my favorite spots in Prague, actually, and a week later, I met a group of my students there for a farewell gathering as our two-week stint together ended. But that afternoon, Eunice and I talked of her life as an ex-pat, both in Italy where she'd met her husband and in Prague, where she'd stayed to continue KR Audio after his death. She mentioned she might retire to Miami Beach soon, and I couldn't help recalling a breakfast of eggs and kippers at Goldie's Deli I had there once, nearly 30 years ago. "Miami Beach is nice," I said, "but there aren't any pubs like this." Or tube factories either.