We created SoundStage! Global to showcase specialty audio/video direct from the places we travel to worldwide. For our first factory tour on this site we chose JL Audio. Why? Mostly, it's for the impact they've had in the home subwoofer market and because of what they have the potential to create in the future. 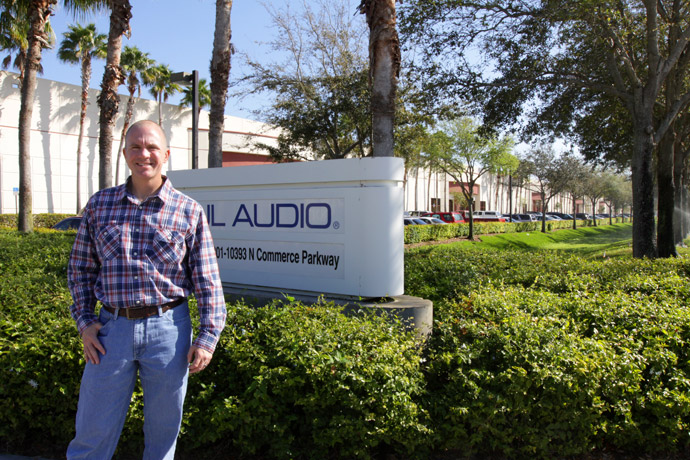 Rarely does a company start at the top of any market segment. When JL Audio entered the home subwoofer market back in 2003, it was easy to make a case that they hit the peak. The introduction of the Fathom line of compact-yet-powerful subwoofers created instant impact the moment they were introduced -- physical impact in home theaters across the world, as well as sales impact in dealerships virtually everywhere. JL Audio hasn't looked back since. The Fathoms f110, f112, f113, and f213, joined by the flagship Gotham g213, comprise a complete line of home subwoofers that are now ubiquitous in the industry.

How did they achieve success so fast? JL Audio was formed in the '70s, but really hit its stride with mobile audio in the '80s and became a significant player and manufacturer in that marketplace. By the time they headed into home audio, they had the engineering and manufacturing resources to create a secret weapon that would take the industry by storm: the W7 driver platform, which is still considered a reference today.

Various sizes and iterations of the W7 driver, along with in-house engineering of amplification, crossovers, and cabinetry, have given JL what could be termed a hereditary advantage. One distinction that JL Audio leverages over competitors is their manufacturing capability, which is what we came to Miramar, Florida, to see. It's here in their headquarters that they build speaker products from the ground up, rather than outsourcing or using off-the-shelf drivers. 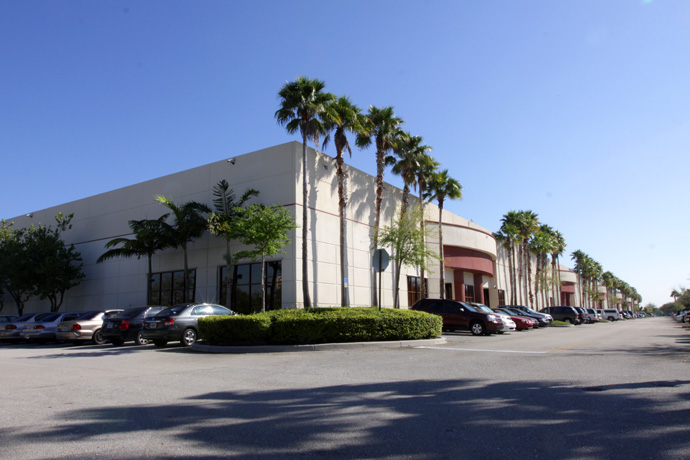 JL Audio's Miramar facility is a 140,000-square-foot speaker-making powerhouse. The following articles will showcase some of the impressive things we saw on our tour on February 23, 2011. We hope you enjoy the tour as much as we enjoyed photographing it and writing about it. 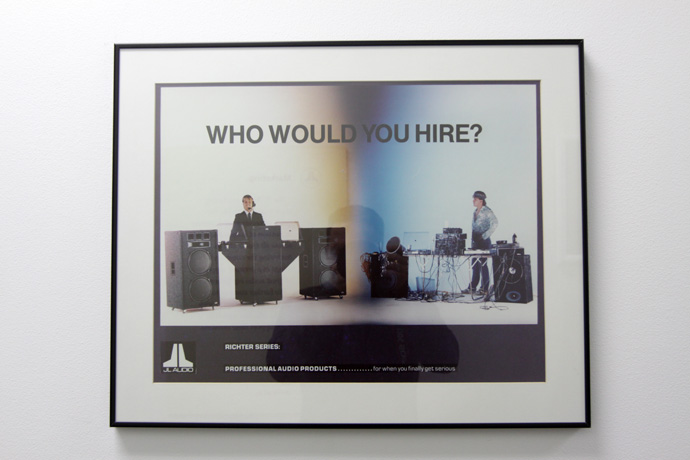 JL made its mark in car audio in the '80s, but how many people know that this is how they really began a decade earlier? 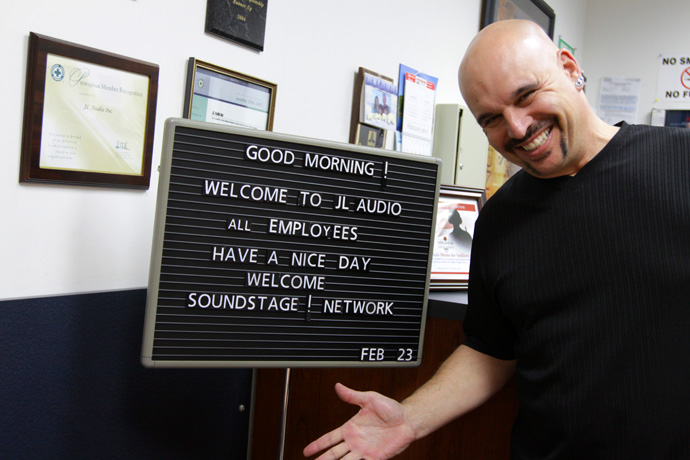 JL Audio's Carl Kennedy (and Amy Turner, not shown) had a nice welcome for us in the main lobby.