After individual components -- drivers, cabinets, and electronics -- are manufactured, they're sent to various areas for final stages of production. In the case of products for the home, they're sent to the department JL calls Home Products Assembly. 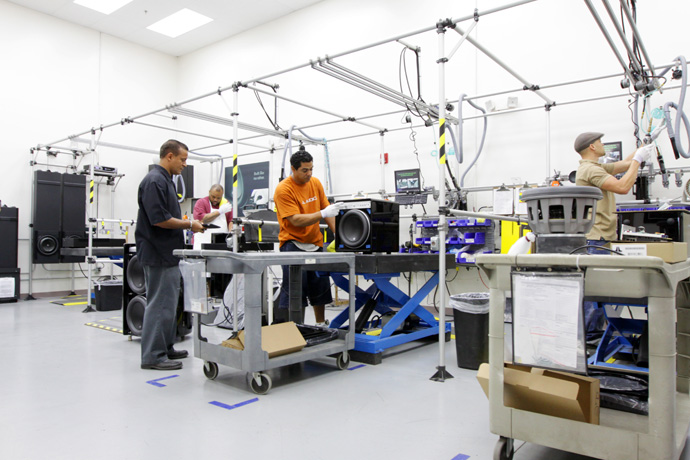 The Home Products Assembly department is bright, spacious, and exceedingly clean. JL employs a "cell production" approach, where products are completely assembled in one station by a skilled technician under the guidance of a computer-based system that ensures all manufacturing steps are properly executed. 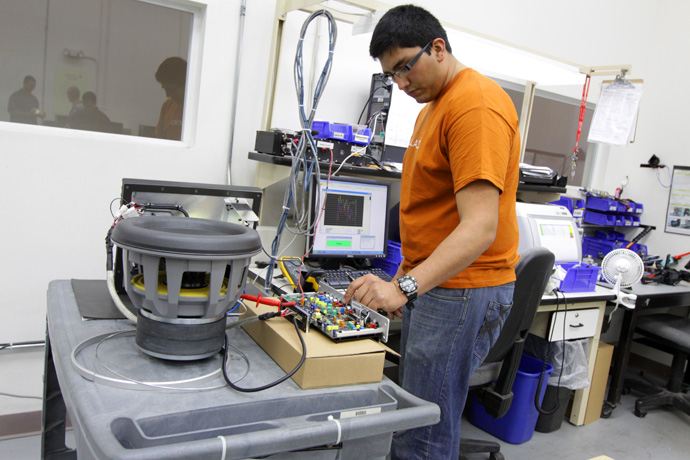 Before the individual parts reach an assembly cell, they're individually tested even though they've already been measured in previous stages of production. For JL, it's important that any out-of-spec subassembly be captured before final assembly. 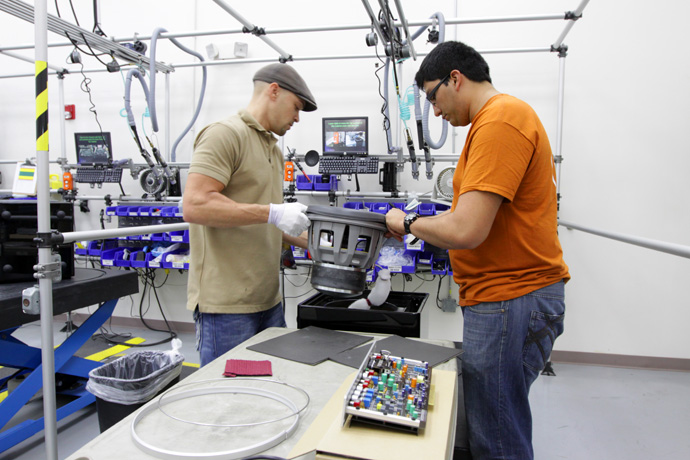 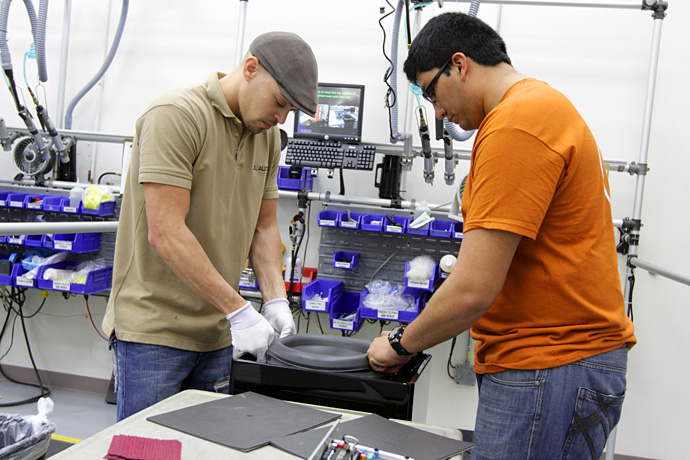 . . . and requires careful installation to avoid marring the finish of the cabinet. 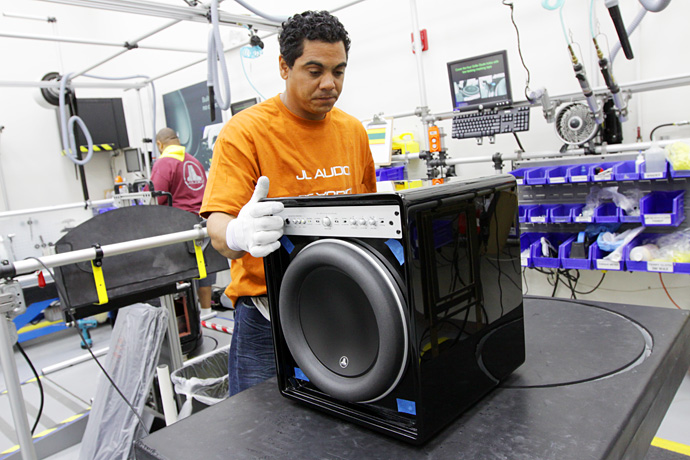 All final assembly is completed, and every aspect of the product is closely inspected to ensure that no flaws exist. 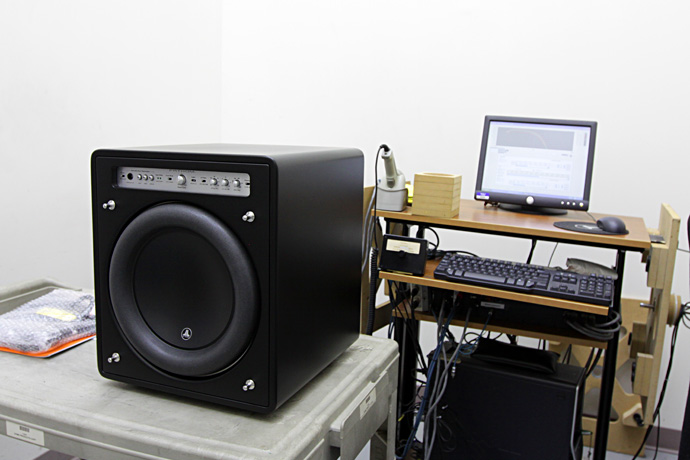 JL's goal is that every product that leaves their facility looks and performs exactly as it should. As a result, every product completed in Home Products Assembly is tested electrically and acoustically, even though the individual components have already been measured during the various stages of manufacturing. JL insists that it's imperative to test the final product in this way to ensure that it meets spec.