Cyrus Audio was an unfamiliar name to me when I learned, at the 2014 Consumer Electronics Show, that it was making its return to North America. Veteran audiophiles, however, will no doubt remember the brand's association with the Mission loudspeaker company. Indeed, the company's current technical director, Peter Bartlett, was hired by Mission from his role at NAD in 1983, and six months later Mission/Cyrus was born. Conceived of as a manufacturer of affordable amplifiers to complement Mission's various loudspeaker offerings, the company has evolved quite a bit since then. It parted ways with Mission in the 1990s as it began pushing into the "affordable high-end" of the market. In 2005 Bartlett led a management buyout of the company and assumed his current role. 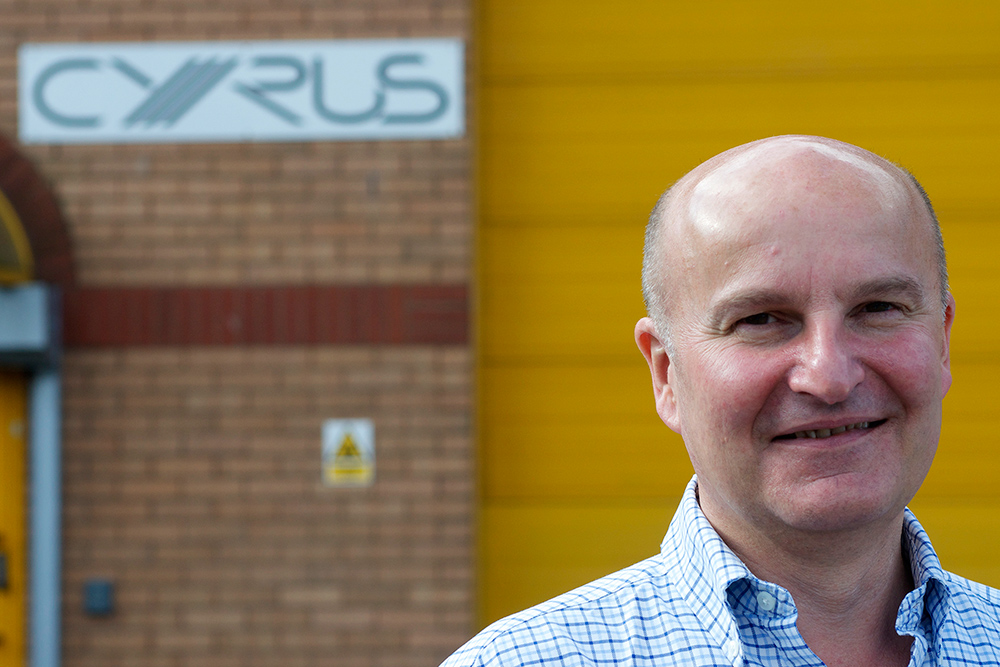 Over a cup of coffee at the headquarters of the Cambridgeshire, UK-based company, Peter told me that Cyrus has always -- and unashamedly -- been a two-channel hi-fi specialist. "It's what we do -- you can quote me on that," he said. The company started out by harnessing its class-AB knowledge and introducing the Cyrus One, an inexpensive amplifier that would go on to partner with high-end turntables and loudspeakers at audio shows in Germany and the United States, earning lavish praise in the process. Its die-cast magnesium chassis became the foundation for the majority of the company's offerings, and while Cyrus has produced a great many class-AB amplifiers over the years, it has also aggressively pursued innovation. 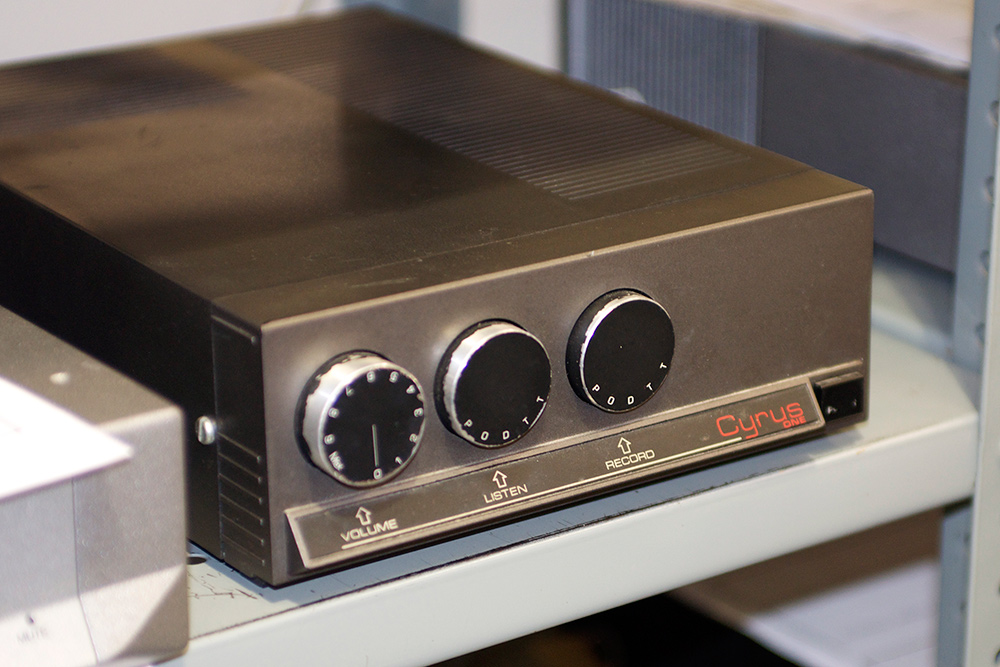 The company, via Mission, was one of the first two brands that Philips partnered with in the early 1980s to champion the Compact Disc format. By the mid-2000s, the firm was unsatisfied with the off-the-shelf CD drive kits that the far majority of other hi-fi companies were forced to make use of, and elected to design the software and hardware necessary to maximize the format's performance envelope. Rather than focusing on post-servo error correction, as so many other manufacturers had elected to do, Cyrus wanted to maximize accuracy. Their Servo Evolution CD engine, now in its fourth generation, was the result, and it offers a 20 percent improvement in error rate over competing systems. 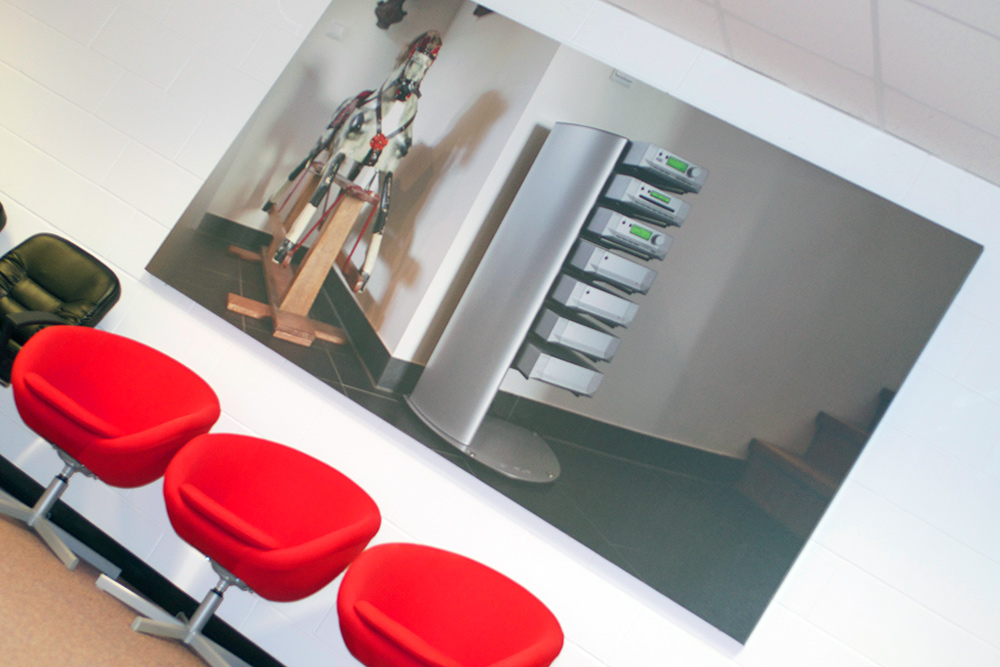 Cyrus also pioneered networked audio. It saw great potential in the model, and in 2004 it partnered with fellow UK company Imerge to create a networked music server that utilized a high-quality power supply and a 24-bit digital-to-analog converter. While it was not the raging commercial success Cyrus had hoped for, it was profitable, and it demonstrated to a nascent market that high-end performance could be had in a deeply convenient package. The company used this experience to produce its current line of award-winning streamers. Cyrus employs three full-time software engineers to develop the sophisticated firmware and network engineering required to "make our products accessible to modern consumers," as Bartlett explained. “We don't want to just make high-tech, geeky stuff," he said. "With our current streaming products, we are offering high-end modern streamers, but all the consumer sees is our Cadence iOS and Android application." The company's efforts show. Unlike many competing products, the custom-made application directly controls the firmware in the Cyrus products, offering both sonic and consumer-oriented benefits. 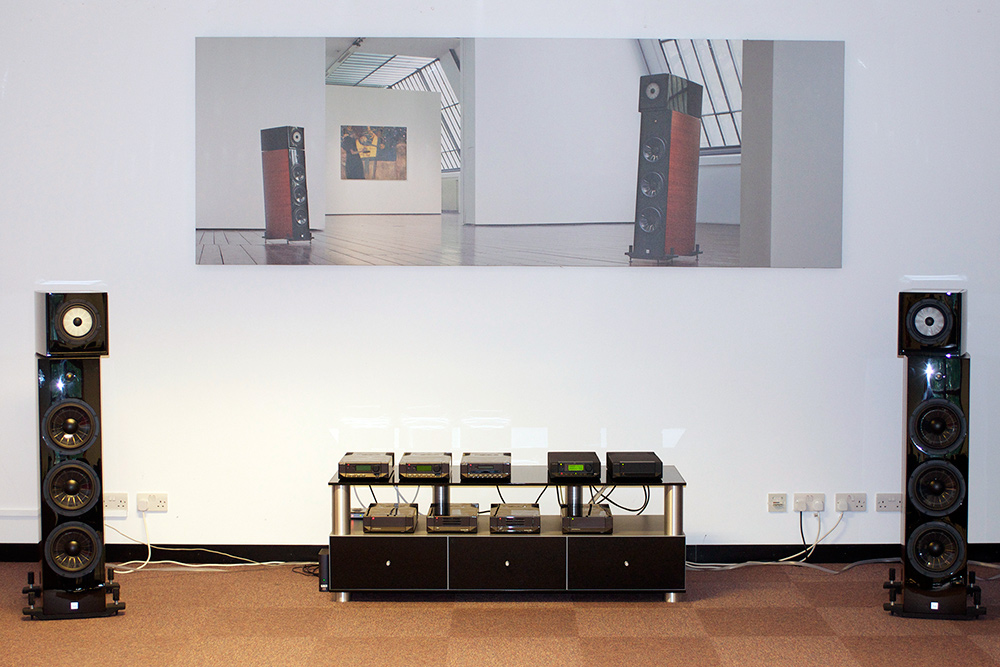 Finally, while Cyrus is so well known for both its class-AB products and complex zero-feedback designs, the company has invested heavily in their own class-D architecture. Far from simply buying off-the-shelf ICEpower or Hypex chipsets, Cyrus has produced a novel design that, unusually, makes use of a linear, rather than switch-mode, power supply.

Neat stuff, this, and none of which I had any awareness of before making the hour-and-a-half journey north of London. Cyrus's identity is demonstrated not only in their products, but also through the design and manufacturing methodology the company has practiced over the past 30 years. As you will shortly see, there are not many companies creating the type of products that Cyrus does, and even fewer doing it the way that they do.