If we're honest, there is no shortage of electronics manufacturers out there. With all of the fluffy marketing language, tall claims of technical performance, and a sea of folded-metal chassis, it can be tough to distinguish one product from the next. But Cyrus Audio's approach has been both consistent and singular. 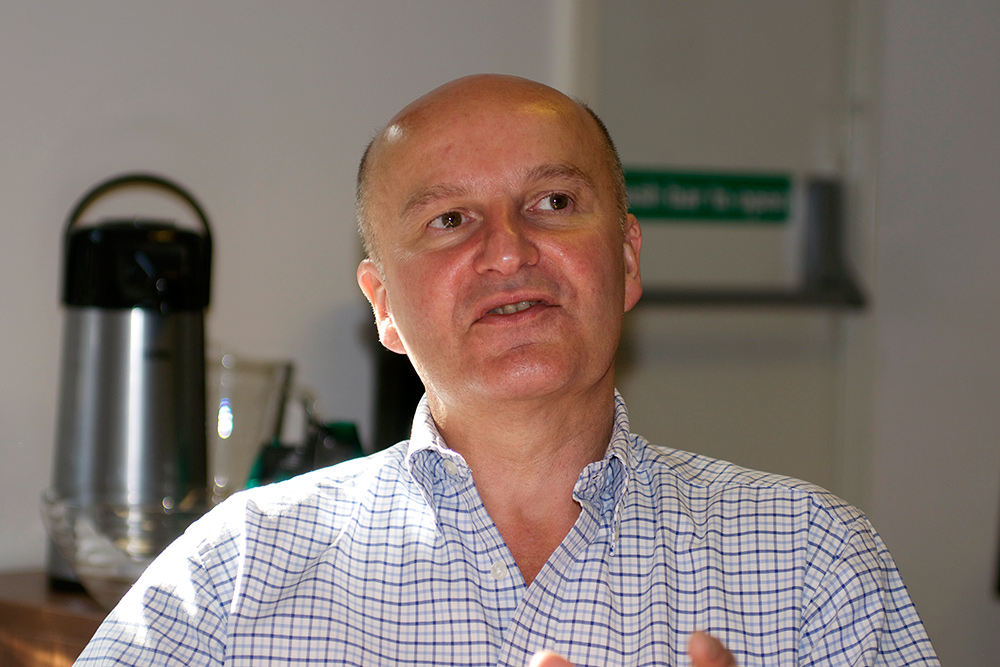 Peter Bartlett explained that Cyrus is a wholly independent brand. It is not owned by an investment firm or bank. This means that its research and development, as well as its product development, is done at his direction and informed by the team that works beneath him. Accordingly, they invest their efforts into projects that they themselves deem worthy. This has seen a variety of projects, which included a Blu-ray player, never emerge from the firm's Huntingdon headquarters. Cyrus also stopped doing audio/video work, and the comment "What's the point?" was definitely muttered during our discussion.

No, there is significant latitude in the work done at the English electronics maker. In fact, every Friday afternoon, the firm's engineers are given carte blanche to work on a "skunk project" of their choosing, a homage to the Lockheed Martin Skunk Works, the aerospace company responsible for the iconic SR-71 Blackbird and F-117 Nighthawk. While this has sometimes manifested itself in small improvements to the quality assurance process in Cyrus's factory, as I saw firsthand, it also led to the company pursuing a novel approach to class-D amplification, which the company has embraced as its topology of the future after more than two years as a full-time engineering project. 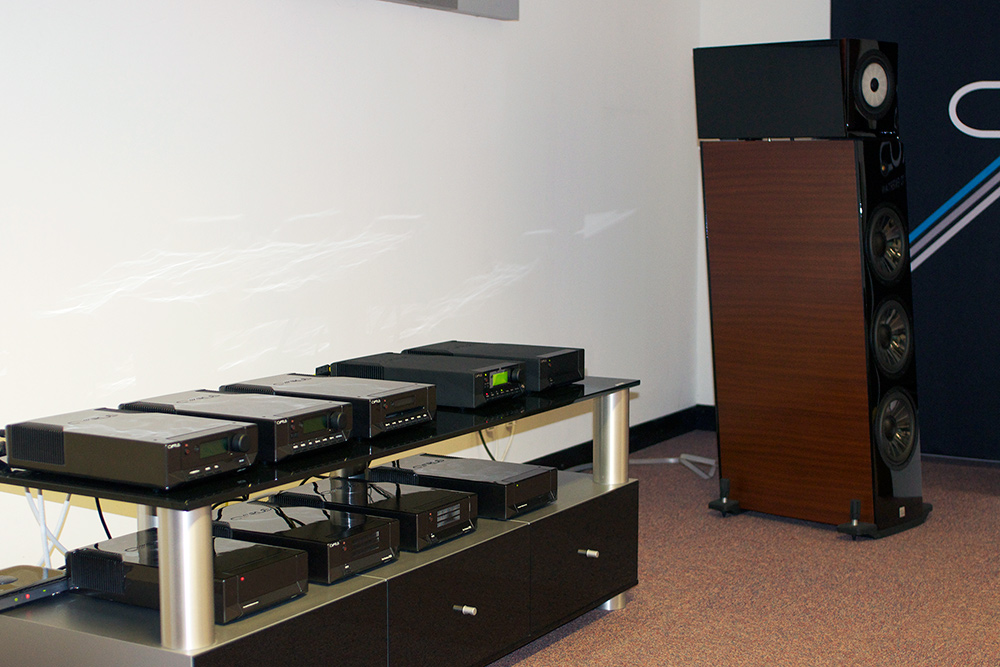 While Cyrus prides itself in its original engineering, Bartlett made it abundantly clear that the company's products endure rigorous listening tests to ensure a characteristic Cyrus sound. "We get engineers who join us, and they either stay for a long time or run away screaming,” Peter explained, "because I've been known to take a product that has fantastic specifications and spoil it because it sounds better with something that doesn't measure as well. To a digitally trained engineer just out of university, they scream and say 'these guys are crazy; they're actually going backwards!'"

The focus for Cyrus is not on driving distortion levels to obscenely low levels. Surely, the design briefs for their products dictate excellent technical performance, and reducing digital jitter is a particular goal of Bartlett's. But it's "the goose bump moment that we are going for -- that emotional transfer of love, honesty, whatever the performance calls for." Getting what he called the "red thread," the hallmark Cyrus sound, into every product takes a great deal more listening time than other manufacturers lavish on their products. 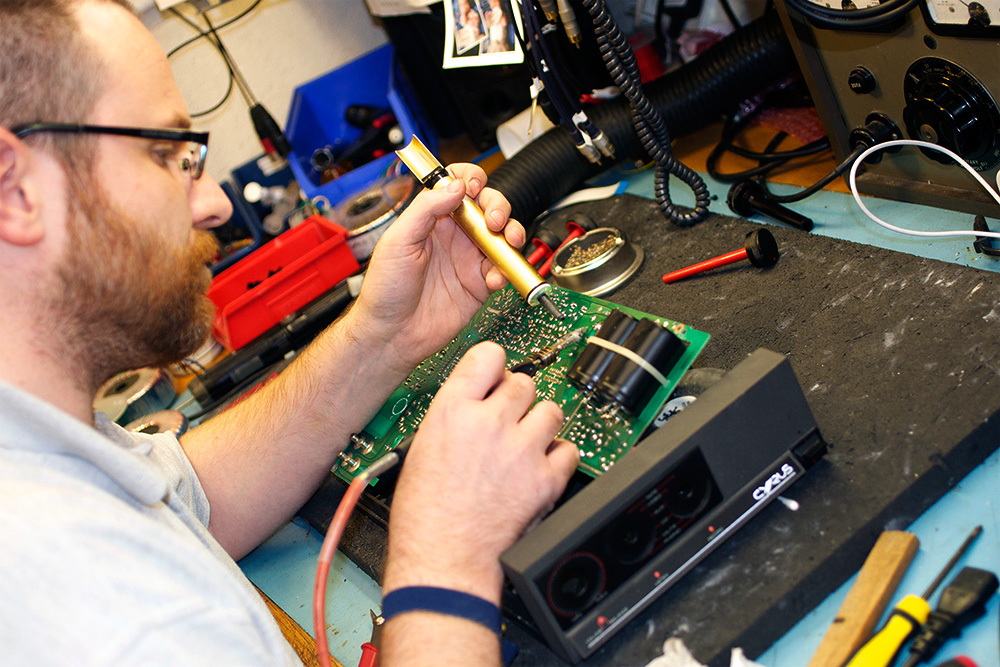 Once a Cyrus product leaves the factory and heads to one of the six continents on which they are sold, buyers can be comforted by the fact that the company will support it far, far into the future. Rather than relying on dealers or "authorized service professionals" to service its gear, Cyrus employs a dedicated service staff that can either refurbish an older piece to "as new" condition, or upgrade to the latest spec of kit, with a new warranty to boot. This kind of support cannot be overstated. Between more boutique manufacturers that simply don't have the infrastructure to fully support their legacy, and in some cases even their current products, and larger manufacturers that rely on dealers or local professionals to do so, Cyrus has committed to making sure that "you can stay with the brand forever."

And this single-minded continuity of philosophy is borne out in the company's near-universal chassis, which has evolved in function, if not external form, since the mid-1980s. It was only in 2013 that Cyrus launched a new product line, Lyric, that makes use of an entirely new design aesthetic, one that is as modern and flexible as a cutting-edge hi-fi company can muster. And that really captures what Cyrus is all about: old-school British utilitarianism with forward-thinking engineering and a dollop of idiosyncrasy for good measure.